It took me a little while to admit it because I am a generally positive person, but after a while I realised that I was not really enjoying myself while travelling in the Philippines. I had heard so many good things and landed in the country with a confidence and pretty high expectations, but after three weeks I was left more disappointed than anything.

1. I Misjudged The Best Places To Visit

I can see the mistake I made; I chose some small cities and expected too much from them. Roxas, Bacolod and Cebu City are all pretty places but with very limited options for travellers. We spent a week on the beautiful beaches of Boracay but the island is pretty developed for tourists and we probably should have chosen somewhere with fewer resorts, less “Westernised” if you will. Manila is a big grimy rat race and like most people we tried to limit our time there. Of course, you won’t always love everywhere that you travel to. However, there is usually at least one place in every country we fall for, we just did not find it in our short time in the Philippines.

Its not that these places were bad per se, I just don’t think I judged the right kind of destination for what we wanted. It was a bit all or nothing between the big Westernised tourist beach or over populated urban cities.

2. It Was The First Time I Had Encountered Relentless Begging

I don’t blame the beggars, they are just trying to get by. It was my own inexperience of this level of begging that I struggled with. Not being able to walk along the street without one barefoot child in rags after another asking for money was a little bit of a learning curve. Its not just the kids, well dressed adult men would stop me in the street with a story of hard times and ask me for money, people would cross the street to approach me when they saw me.

I’m not the kind of person who feels safer being in the immediate vicinity of 20 guns. In shops, on corners and in doorways there was always guards with a big ass guns. Of course I have seen guns in public before but there were so many around I always had the feeling I was in the middle of a gangster movie.

I didn’t feel particularly unsafe in the Philippines but the firearms were a constant reminder of security and safety that made it a little difficult to relax.

4. I Grew Tired of Debating Prices

This may not be a problem unique to the country but I constantly found myself having to convince people I was not stupid enough to pay 5x the amount of what things should actually cost. As usual taxi drivers were the worst culprits. Having to get out or threaten to get out because they wanted to charge me 300 peso for an 80 peso fare grew tiring. “Meter broken” was always the first sign of a frustrating exchange.

Another driver had an obviously rigged meter that I did not even debate, I just paid up.  Another time a hotel manager disputed the rate they had quoted on check in. I smiled and assured him and he eventually backed down giving me a cheeky knowing grin. Unfortunately these were not just a few occurences, it happened often and I soon learned to spot when it was coming.

We had booked a ferry from Cebu City to Manila online but when we called to check times on the morning of departure we were told it had been cancelled 3 days prior. They did not bother notifying us. We managed to get on another ferry so we could make our flight but it was a stinker, a real rough boat with absolutely nothing to do for 20 hours. We had spent a little extra on the original ferry to treat ourselves to a small suite as a nice treat. We had been looking forward to the journey on the nice boat and it was the reason we decided not to fly.

This, along with a nice impetigo infection, were just a couple of things that did not go right for us while we were there. It was not the end of the world but it can really add to a bad experience.

Was it All Bad?

OK, so this article has focused on the negatives but there were plenty of positives. I met some of the friendliest locals I could wish to meet, ate like a king, got my fair share of beach time and loved riding around in pimped out Jeepneys. The truth is I feel like I have unfinished business with the Philippines. I need to prepare better, make a little more effort and give it another chance because I know there is so much more to the country.

More Articles About the Philippines: 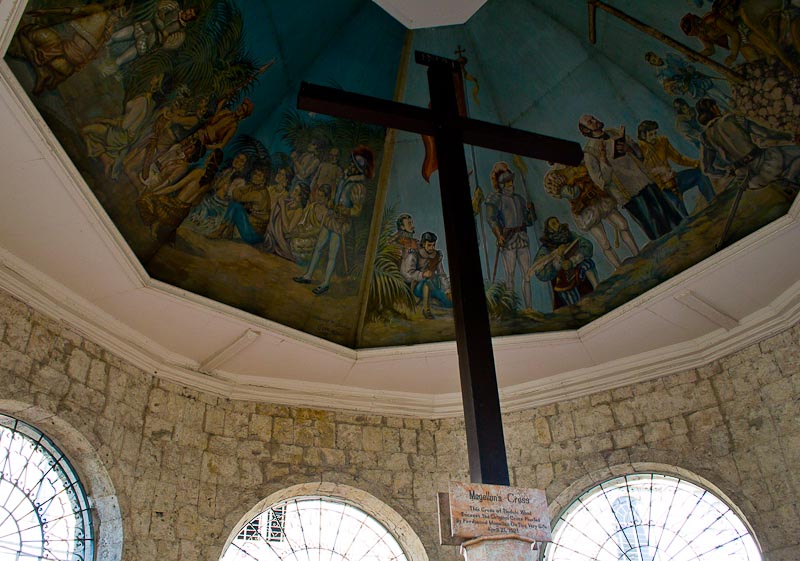