“Krakow is one of my favorite places on earth” said writer Jonathan Carroll. “It is a medieval city full of young people. A wonderful, striking combination.”

Lee and I explored this medieval city for a week in December and I’m inclined to agree. Located on the banks of the Vistula River, Krakow is Poland’s second city and one of the hottest centers for art and culture. It’s Old City core is filled with stunning architecture from the Renaissance, Gothic and Baroque eras

Krakow has a fascinating mix of historic elegance and youthful energy. It’s the former royal capital of Poland and is now a vibrant student town with a thriving art scene and superb cuisine.

Although this city is fun to visit any time of the year – I’d highly recommend visiting Krakow in the winter. Krakow is a pretty magical December destination and it really got us in the Christmas mood.

Why You Should Visit Krakow in the Winter

Winter is one of the best times of the year to visit Krakow. Why? 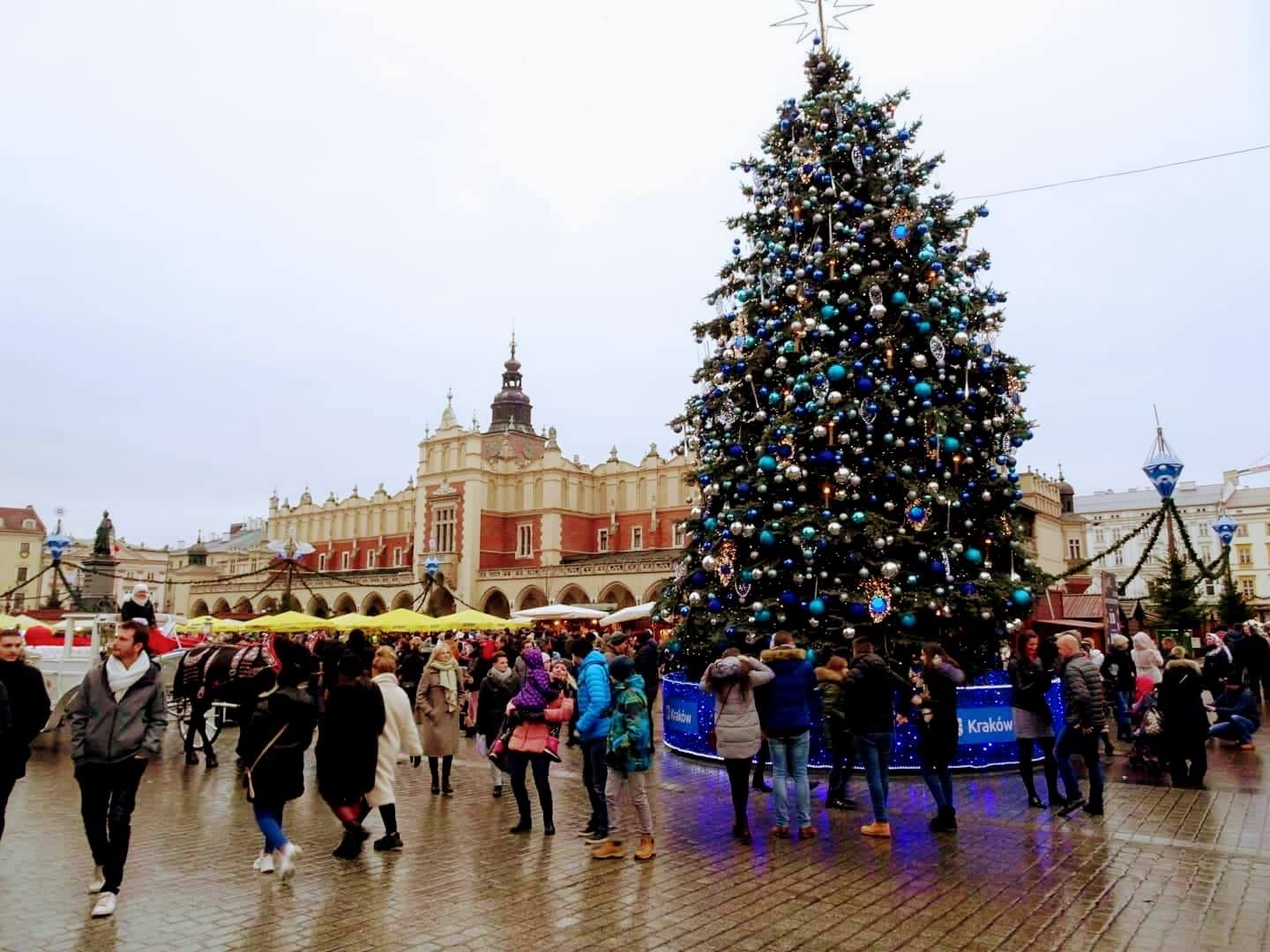 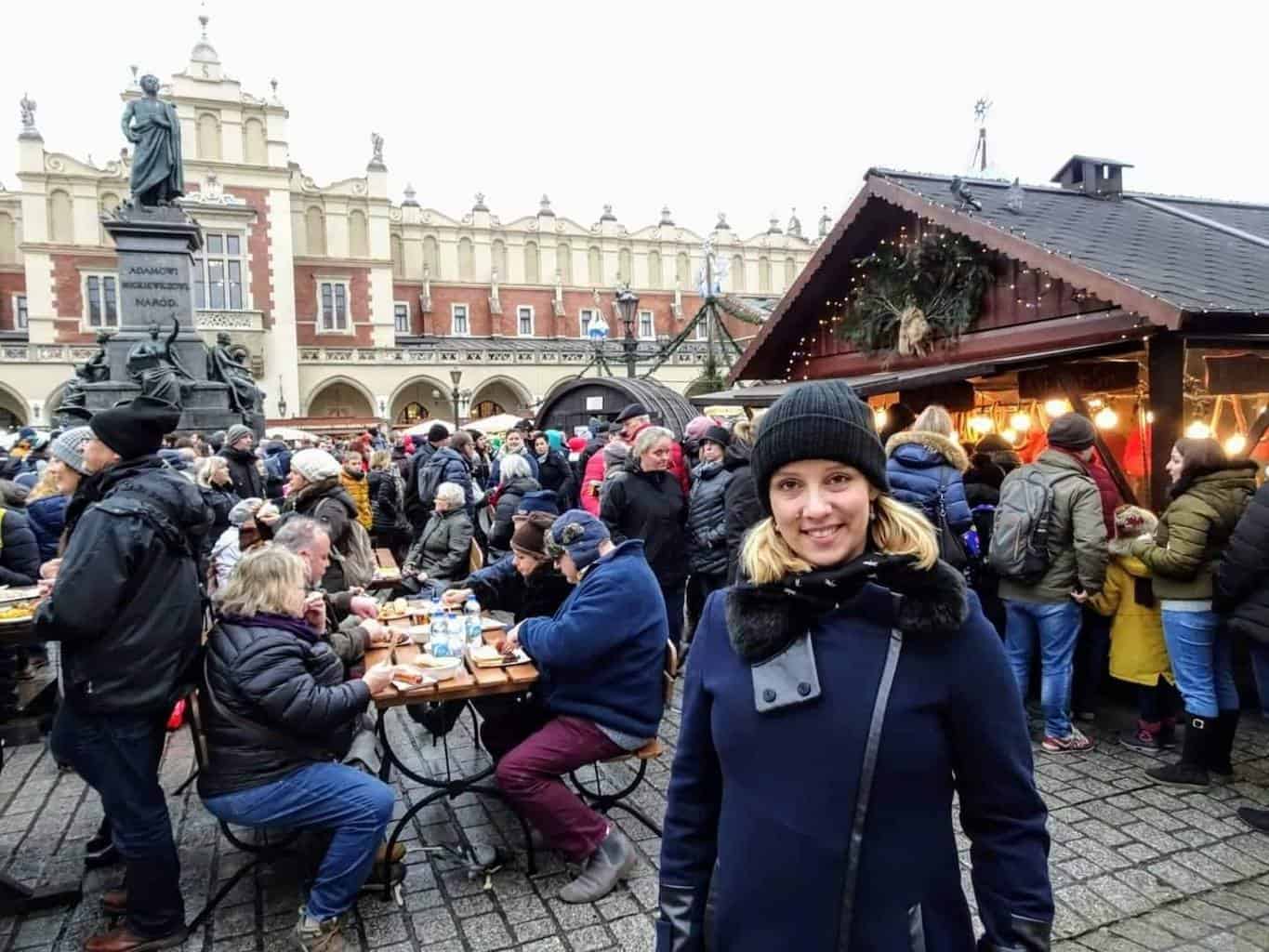 Things To Do When Visiting Krakow in the Winter

One of the main reasons why Lee and I went to Krakow was to check out the Christmas market. We had read that it was one of the best Christmas markets in Europe – and it certainly didn’t disappoint.

Strolling through the stalls set up in the central square will really put you in a festive mood. The scent of mouth-watering fried treats and sweet mulled wine fills the air and live music on the stage sets the mood.(Check out this amazing list of things to eat at the Christmas market.)

You’ll find beautiful hand-made ornaments, toys, candles, jewellery, scarves and other special gifts. Be sure to bring plenty of cash – it’s a great place to find one of a kind Christmas gifts for your loved ones. 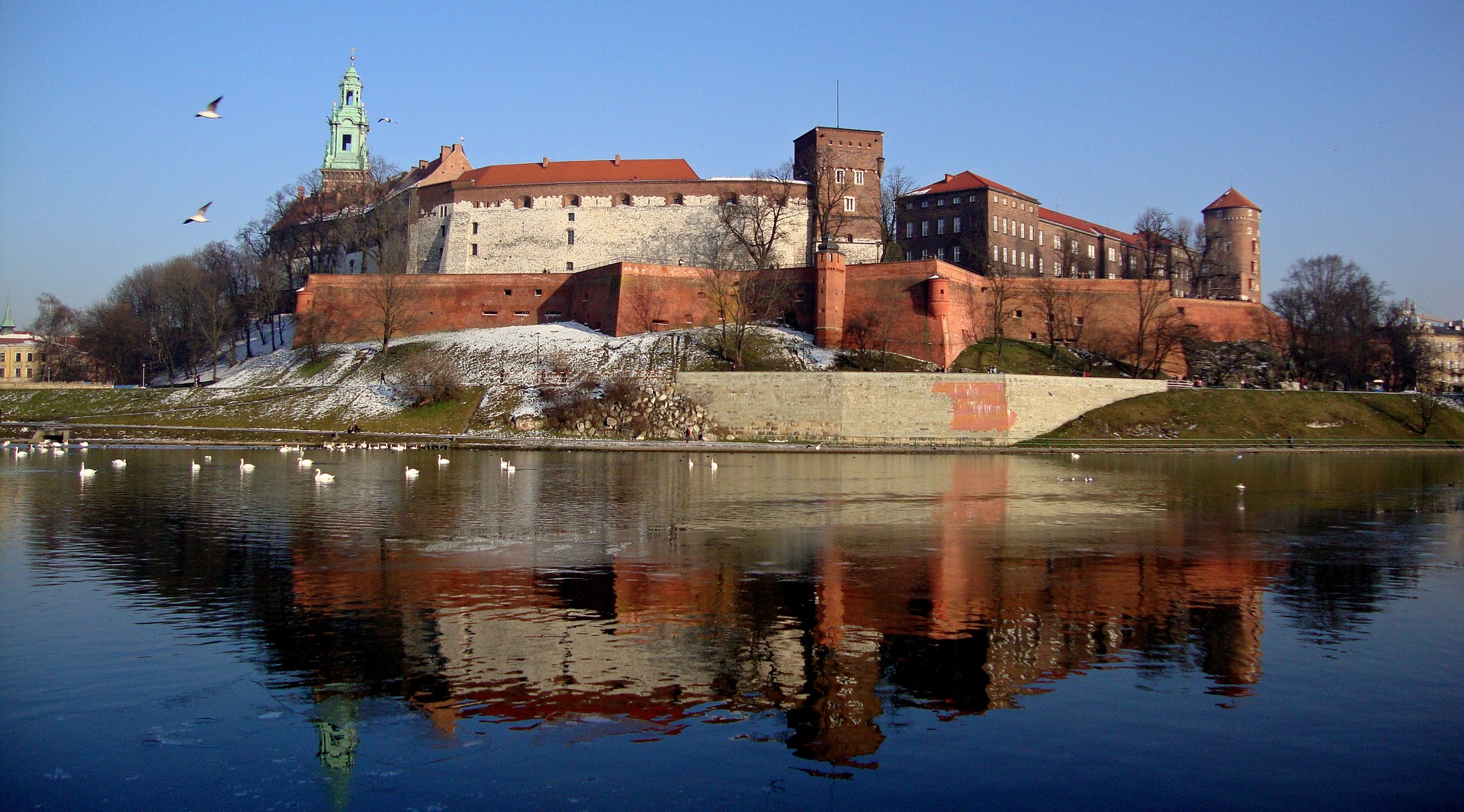 Perched high on a hill overlooking the old city, Wawel Castle is one of the largest in Poland and was built in the 13th and 14th centuries for King Casimir III The Great. It’s the major historic and culturally significant site in the city (perhaps in the country) and it was designated a UNESCO World Heritage Site in 1978.

These days, the castle has been converted into an art museum – with a spectacular collection of paintings, sculptures, textiles, prints and more. When you visit the castle, it’s free to walk around outside and look at the exterior structures. However, if you want to go inside and take a tour, you’ll need to pay a fee.

There are different exhibits you can choose from, including the Oriental Art, Royal Private Apartments, State Rooms and the Treasury and Armoury. Each section is paid for separately and requires a different audio guide. If you’re a teacher, a student or over the age of 65, you’re eligible for reduced price admission if you present your ID at the ticket counter.

Kazimierz is the historic Jewish district in Krakow. Jews started to settle here in the 12th century and by the 15th centry, Kazimierz had become a vibrant community.

During World War II this community was devastated as Jews were forcibly removed from their homes and relocated to ghettos and concentration camps. Only 10 percent of Jews in Krakow survived the war (many of them with the help of Oskar Schindler who employed them in his factories.)

The district became a run-down and abandoned part of town during the communist era, until it was eventually revitalized in the 1990s. It has now become one of the most hip and exciting districts in Krakow. It’s a bustling bohemian quarter filled with art galleries, cafes and restaurants, with a strong sense of Jewish culture still very much present. 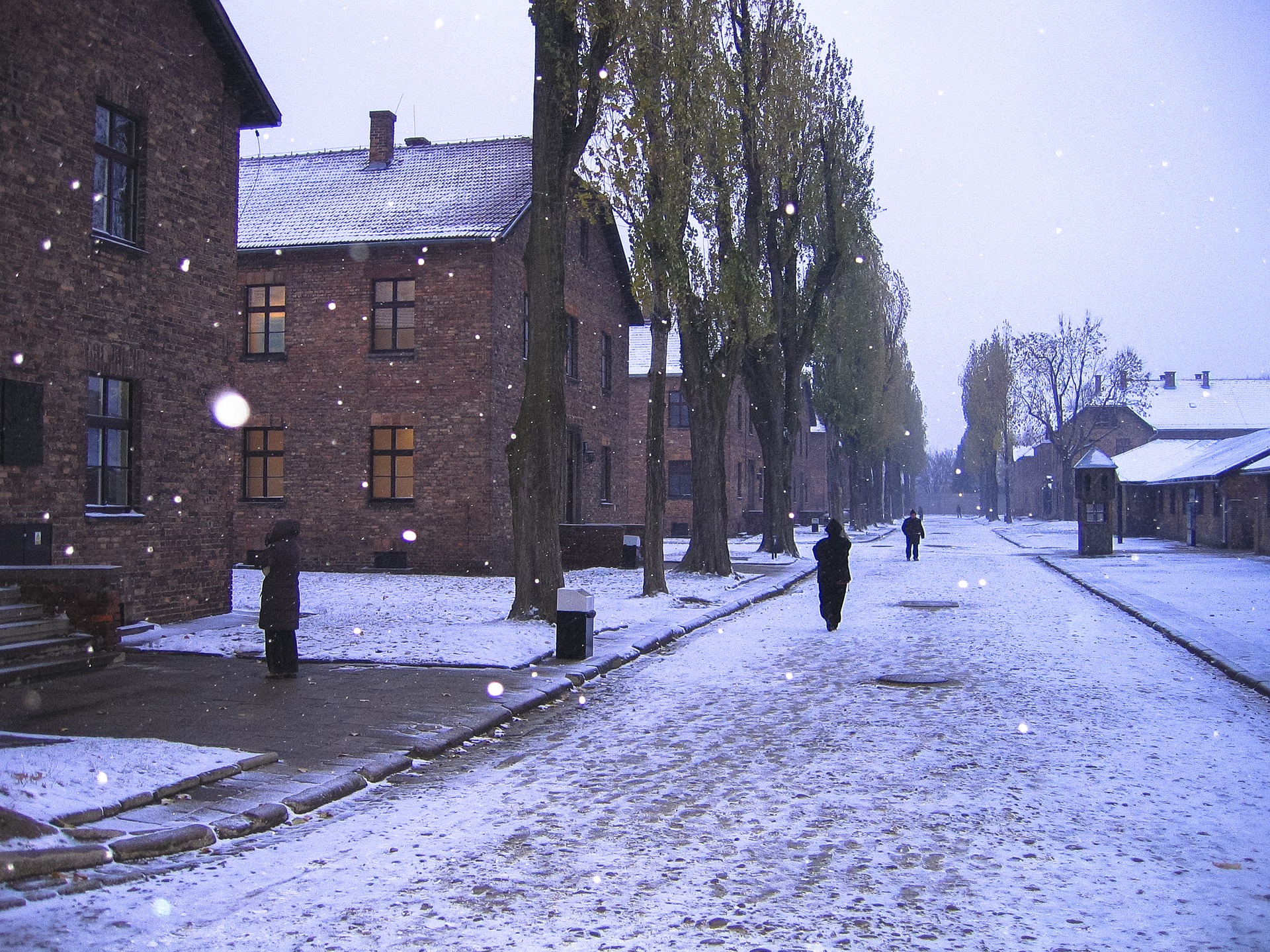 Everyone should visit Auschwitz. It’s important to know about what happened there. I’ve thought about it every day since and I probably won’t stop thinking about it for the rest of my life.

Unless you have been living under a rock, you’re hopefully aware that the Holocaust happened and that six million Jewish people were systematically murdered between 1941 and 1945.

However, it’s one thing to know this fact intellectually and it’s another thing entirely to see with your own eyes the chimneys of Birkenau, the piles of shoes and eyeglasses, the desperate fingernail scratches on the walls of the gas chambers.

We took a tour from Krakow that covered both Auschwitz and Birkenau and it was very well done and educational. My advice is to not plan anything afterwards. I felt emotionally exhausted after processing the horrors I saw and heard about and just wanted to sit in silence.

Warning: when you come to Krakow you’re gonna want to bring your stretchy pants. There’s so much delicious food to eat here and it’s all very heavy and filling. It’s one of the nice things about visiting Krakow in the winter, as the food is so hearty and comforting. 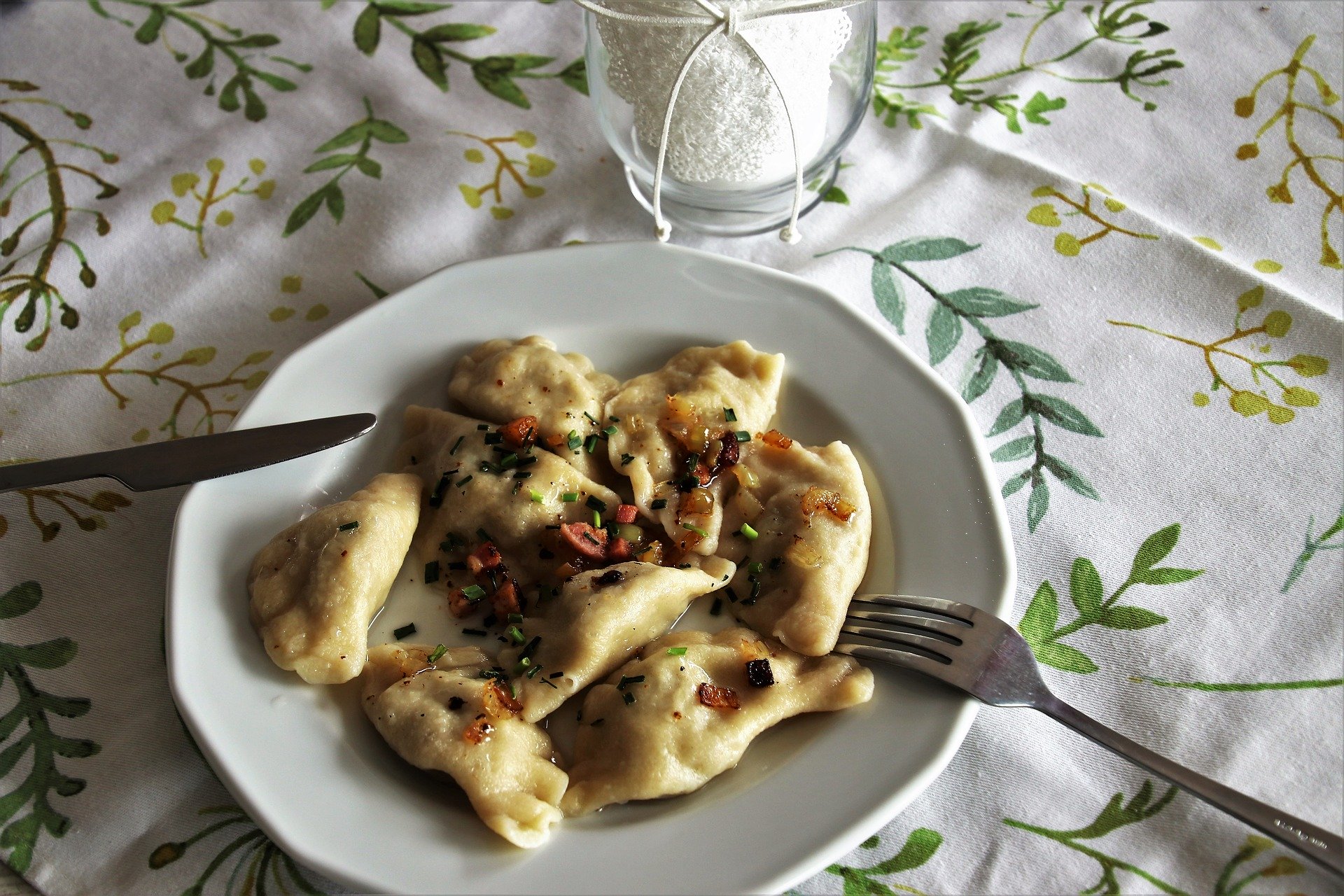 I’ll be honest with you, I was simply gluttonous when it came to pierogi while I was in Krakow. They are a comfort food for me, reminding me of growing up in Alberta. (Why are these Eastern European dumplings so popular on the Canadian prairies? Read this.)

Pierogi are delicious little dumplings filled with potatoes, bacon, pork, or other types of fillings, often served with butter, fried onions, sour cream, bacon bits and chives. I love them so much that I ate a total of 51 pierogi during the 6 days we were in Krakow.

It’s not hard to find delicious pierogi in Krakow – they are served almost everywhere. Some of my favorite spots were Pierogarnia Krakowiacy,  Przystanek Pierogarnia (which was right outside of our Airbnb) and Eat Pierogi (they have a lot of very cool flavors here, including ones with lentils and sun-dried tomatoes or feta cheese and olives.).

We made a reservation at The Black Duck (Czarna Kaczka), because it was very highly recommended on TripAdvisor – and it really did not disappoint. This restaurant is known for traditional home-style Polish cuisine and is located on the ground floor of a 17th century tenement. As you can guess from the name, the speciality here is duck dishes and they serve up all sorts of variations including starters, soups and salads.

We treated ourselves to a massive whole roasted duck between the two of us, served with silesian dumplings, potato wedges, red cabbage salad and mushroom and black currant sauces. It was ridiculously good.

Potato pancakes are called Ziemniaczane and they are a very popular Jewish dish. They are made with grated potato and onions, fried in shallow oil with eggs and flour. These delicious crispy pancakes can be served with many different toppings, including spices, garlic, parsley and chives. They are usually crispy on the outside and soft on the inside – and incredibly irresistible.

When I tried Ziemniaczane, I had them with beef goulash inside. The hearty, meaty stew was a perfect compliment for the crispy pancakes! I’d highly recommend it.

Zapiekanka is a long toasted baguette topped open-face style with delicious toppings such as salami, cheese, pickles, crispy onions and more. The best place to try this Polish street food is at Plac Nowy, in the hipster neighborhood of Kazimierz.

Lee and I weren’t that hungry, so we decided to split one. I’m glad we didn’t get one each, because just half of one was huge! We had a “Farmer” style one with plenty of cheese and meat on it. It was a delicious snack and I made lots of pigeon friends thanks to the crispy onions I dropped on the street as I messily attempted to eat it. 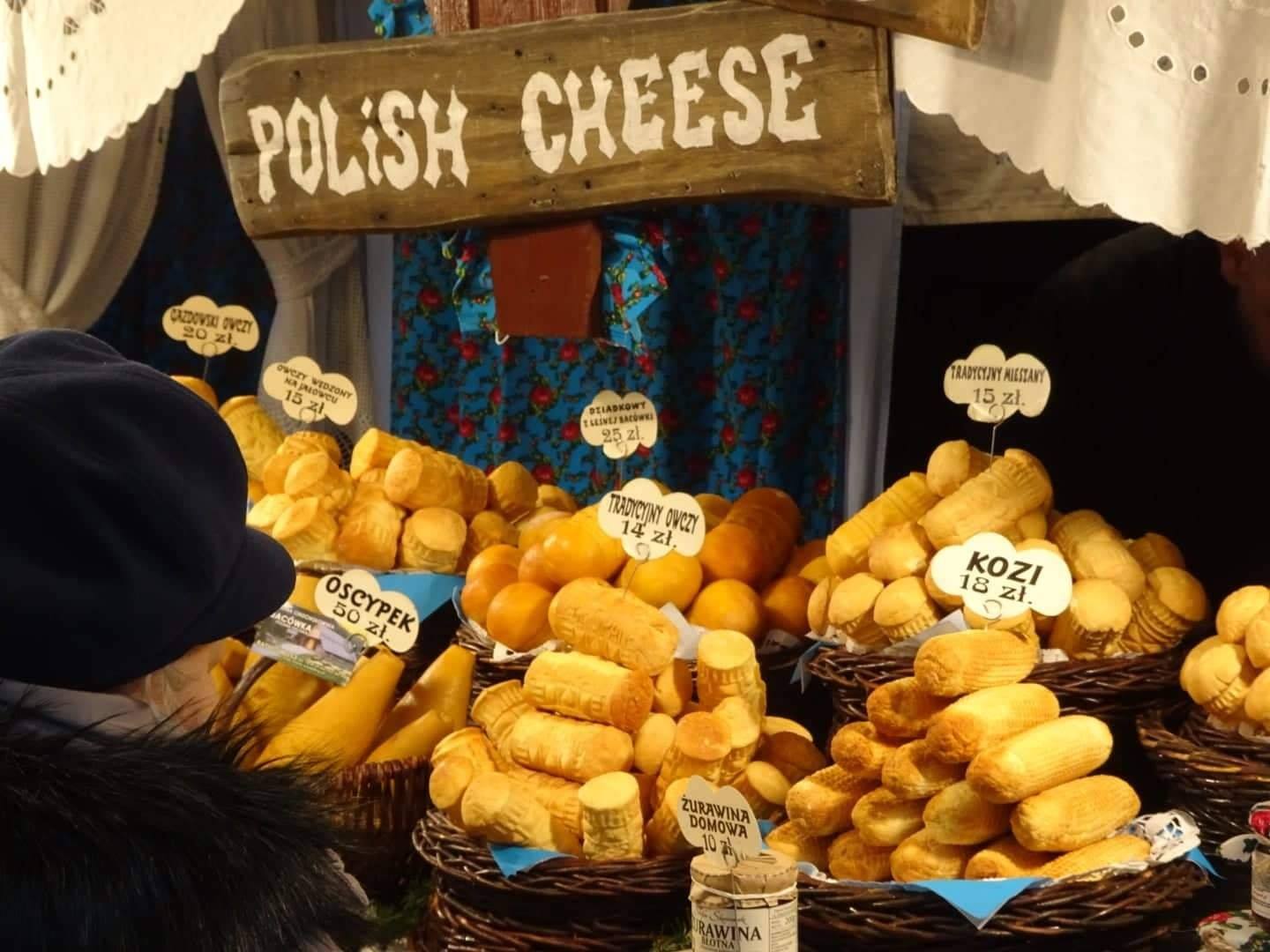 At the Christmas market you’ll see street vendors frying up cheese wrapped in bacon. It’s a particular type of cheese called oscypek, a traditional smoked cheese made from salted sheep’s milk. It originates from the mountain region of Podhale, located just south of Krakow.

I tried some of this cheese while at the Christmas market and it was absolutely delightful! They give you the option to add a dollop of cranberry sauce, which I would highly recommend. The sweet, tart, juicy flavor of the cranberry is the perfect compliment to the salty smokiness of the cheese. 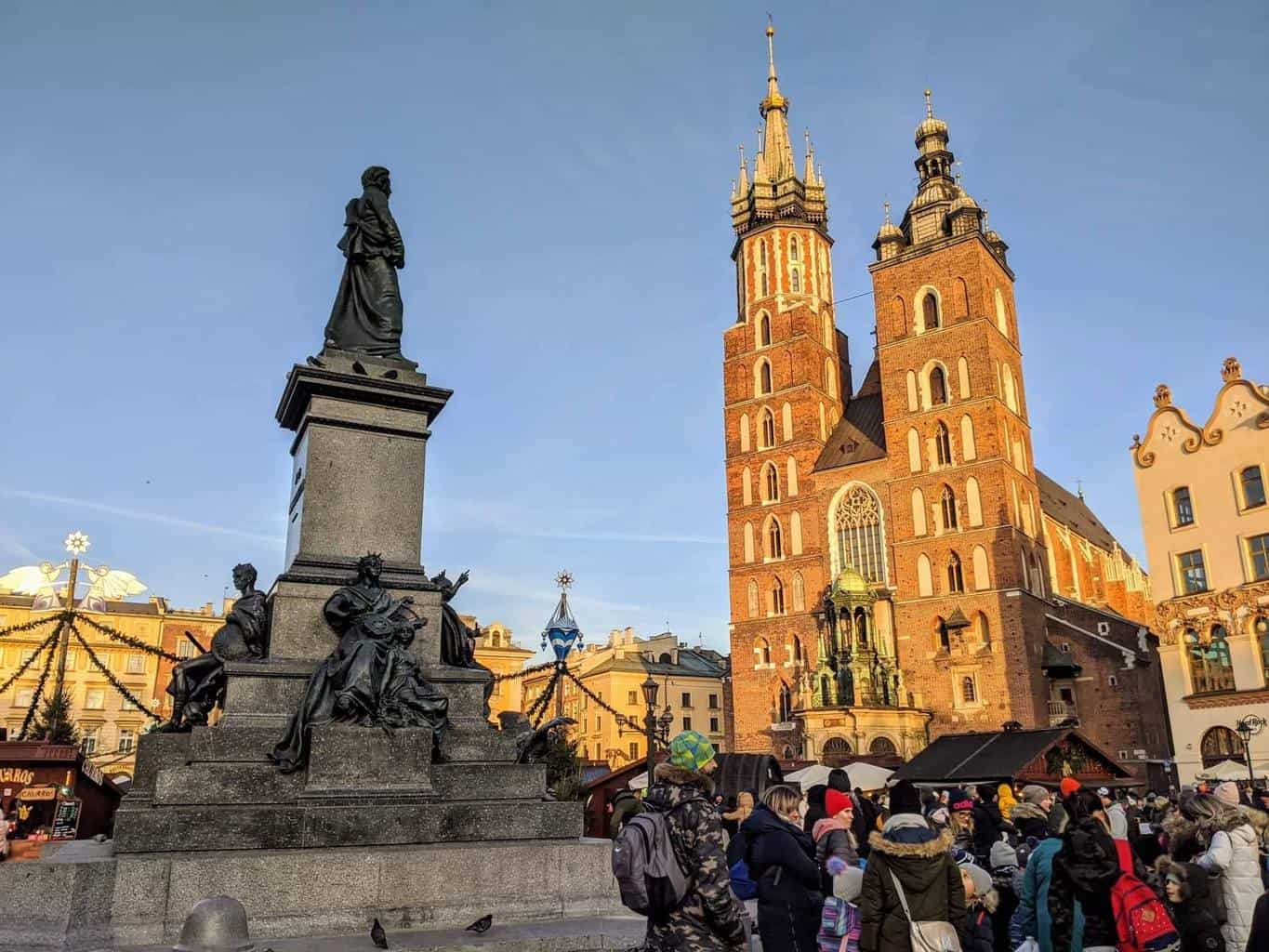 And of course, when you’re visiting Krakow in the winter you can take some time to meet the locals. They are a very friendly, happy bunch, as you can see:

Any questions about visiting Krakow in the winter?

If you’re planning a trip to Krakow and have any questions, leave them in the comments below! Or, if you’ve been to Krakow and you have a recommendation, please share it!