Vashlovani National Park is a wild and remote area of eastern Georgia (the country, not the state), known for its unique badlands, sharp cliffs and abundant wildlife. 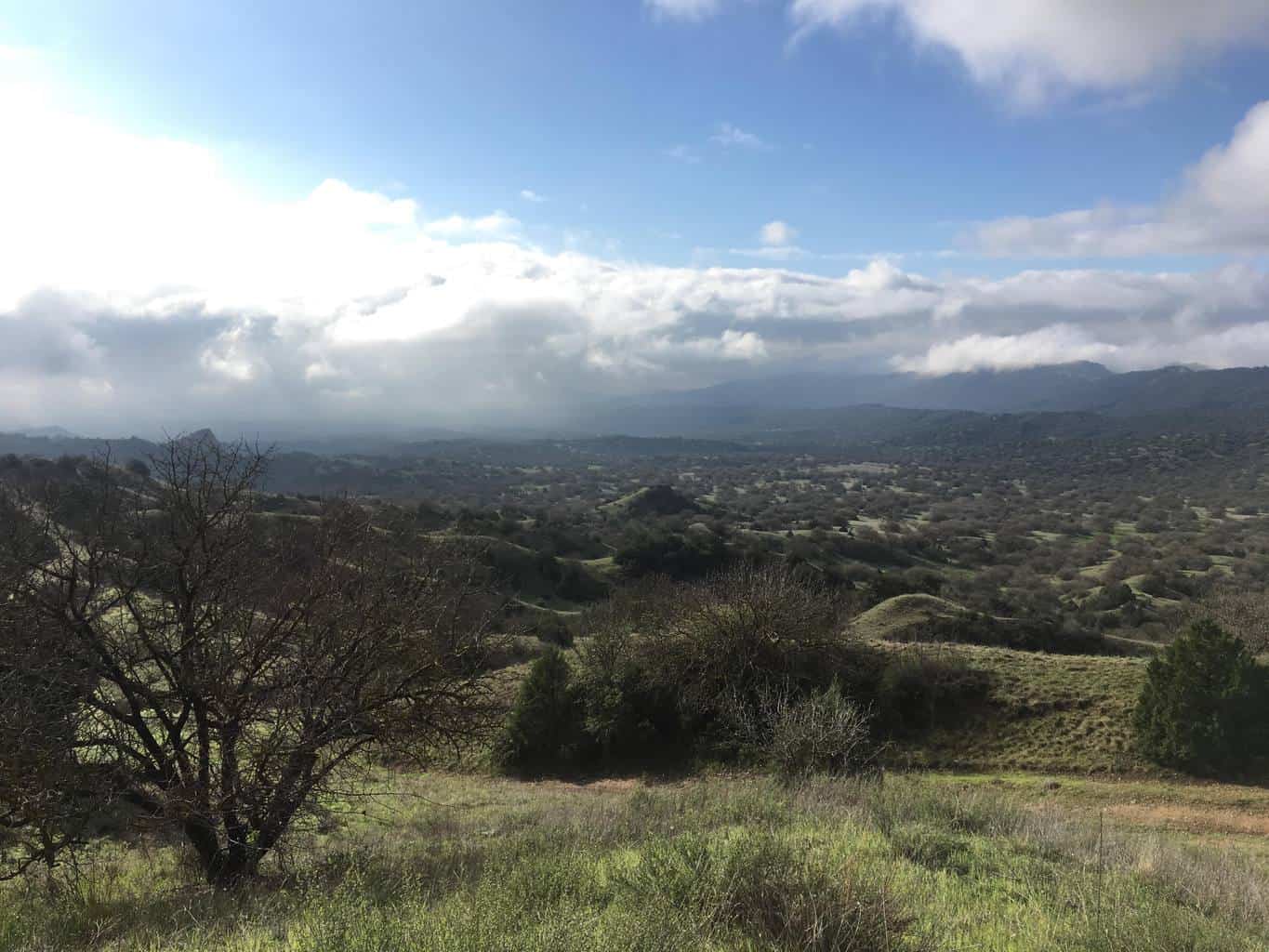 The name Vashlovani comes from the Georgian word for apple trees and it refers to the many fruit and pistachio trees that make the landscape feel like a vast, wild orchard. The park was established in 1935 to protect the unique shallow forest ecosystem here and if you are a nature lover, or you are just in the mood to take an adventurous trip from Tbilisi and see a different side of Georgia – Vashlovani National Park is totally worth visiting.

In this post, I’ll cover some of the important things that you should know before you make your visit to Vashlovani Natural Reserve. 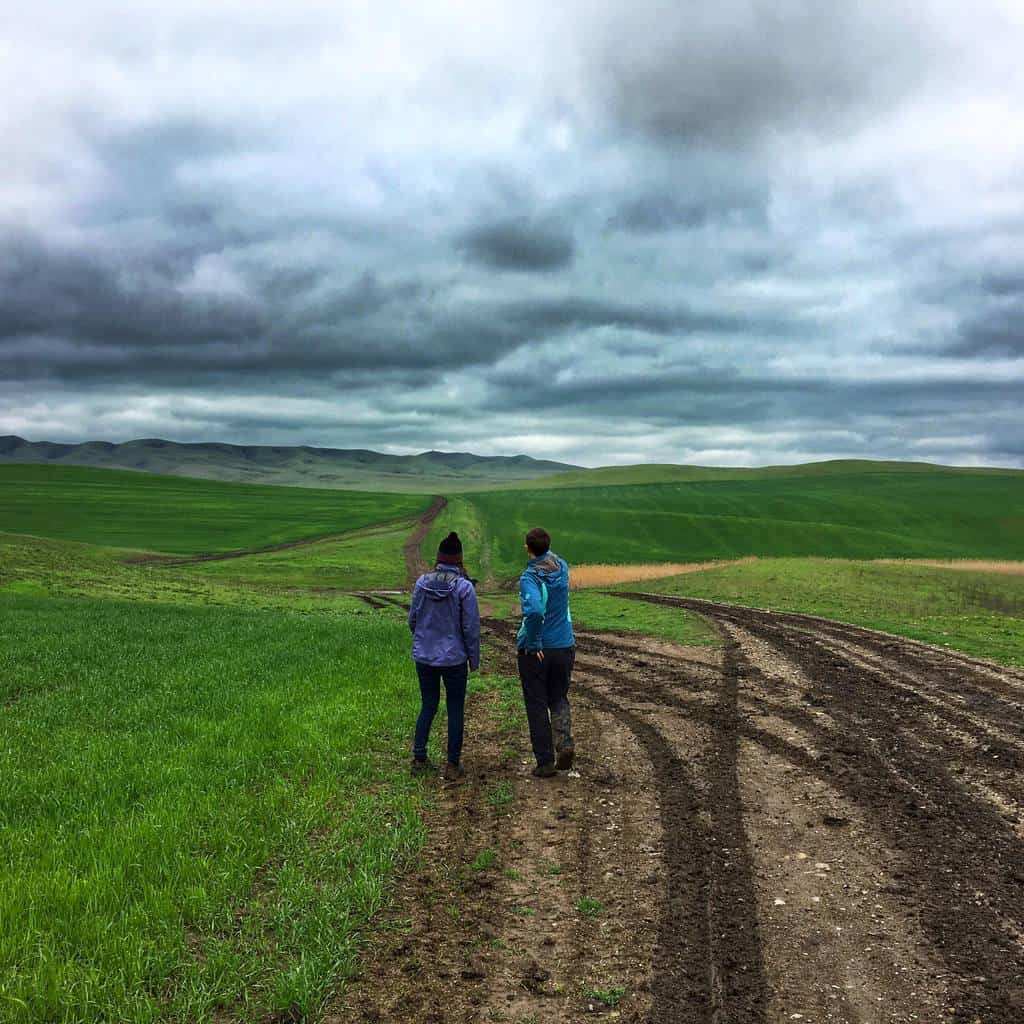 Our Messy Attempt at Vashlovani

Now, I feel like I have to give you a bit of a disclaimer before I proceed and let you know that we kind of messed it up when we visited Vashlovani National Park.

A couple of friends and I tried to visit a few weeks ago and it was an EPIC FAIL.

(It was still really fun though.)

We went at the wrong time, got hopelessly lost and spent most of our time off-roading through muddy fields being chased by angry shepherd dogs and stared at by confused farmers. We didn’t get to hike or see any wildlife and we barely got a glimpse of this nature reserve – known for its semi-desert badlands and arid deciduous forests.

So, in a way this article will be somewhat of a “What NOT To Do In Vashlovani National Park.” After all, if you can learn from our mistakes and have a smoother trip as a result, then all of our misadventures won’t be in vain.

(But also, remember that even if you travel somewhere and it doesn’t work out as planned, it’s not the end of the world. Just have fun and learn from the experience and it will be a good story in the end. I don’t regret the trip AT ALL because although it had stressful moments it was still a fun adventure.)

Go During the Dry Season (And Know Where You are Going!)

In retrospect, if we had waited until dryer weather we would have avoided a lot of hassle and gotten to see more of the park.

Before we went on our trip, the representative from the visitor center gave us a call and let us know that it had rained so we might not be able to reach the furthest parts of the park. We thought, “Oh, that’s fine. We can just go anyway and we will see what we can see.”

What she should have said was, “Don’t even attempt it, you crazy bitches. The rains make the dirt tracks through the park so wet and muddy that it will take you an hour to drive 3km.” (There’s really no such thing as roads in Vashlovani)

We were off-roading through the thick, gloopy mud, terrified that we were going to get stuck in a deep puddle somewhere without phone reception in the middle of nowhere.

Plus, we had also gotten some dodgy directions from the visitor center as well. We had been told, “When you see the first sign for Vashlovani, ignore it and keep on going.”

However, this sign that we were supposed to ignore was no longer there. So, we ended up following the advice and ignoring the ACTUAL sign for Vashlovani. This caused us to get lost in remote farmland and fields for about 4-5 hours as we desperately tried to find out where the hell we were – with no phone reception. 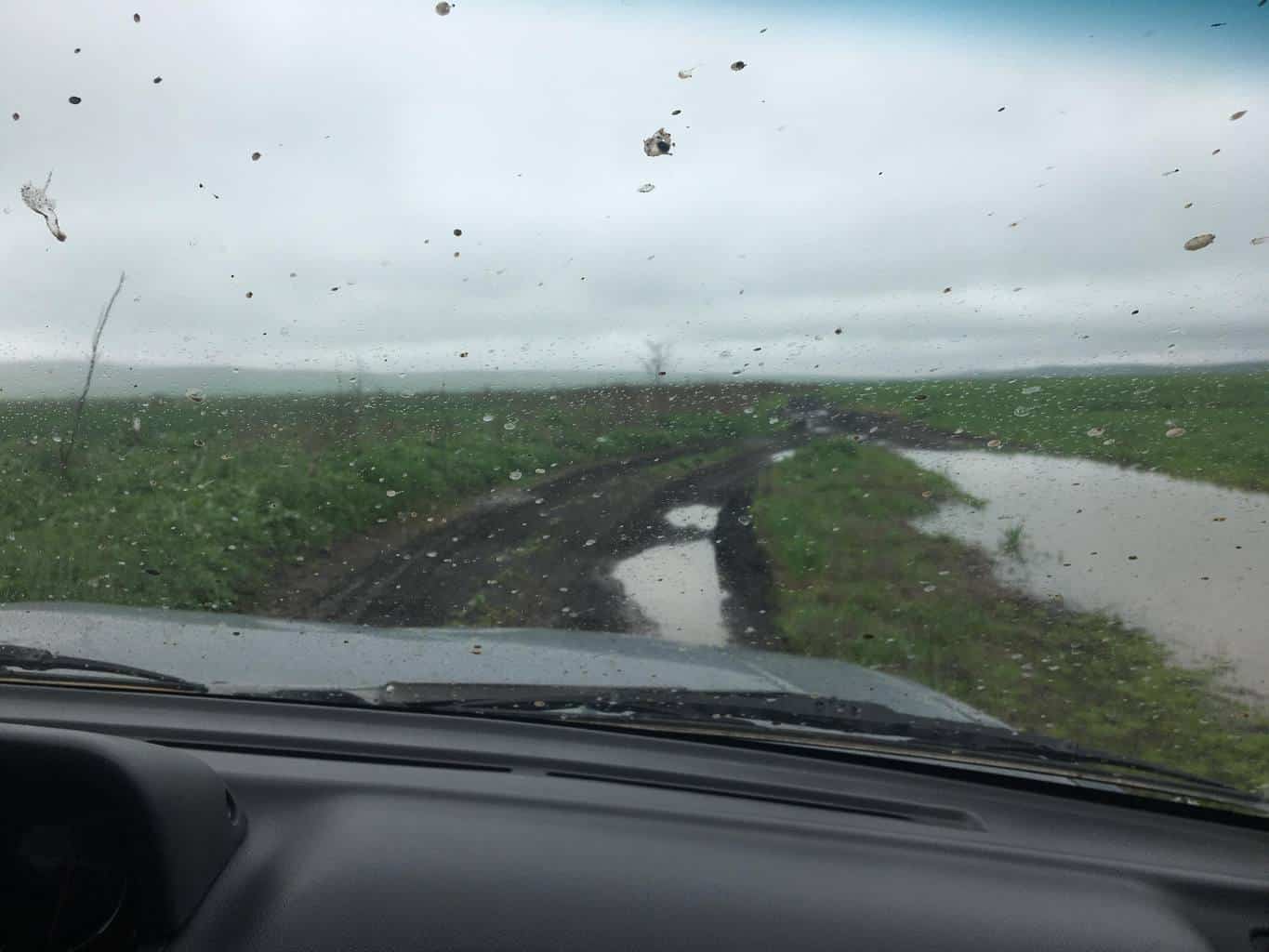 The combination of getting lost and having to drive slowly through thick mud meant that by the time we finally found the rangers station where we stayed, it was 6:30 pm – too late for hiking.

The next morning we left ASAP, as it looked like it was going to rain and we didn’t want the muddy tracks to get even worse than they were.

So, if you want a chance to enjoy yourself rather than squishing through muddy tracks, go during the dry season!

Give Yourself Several Days

Since it takes a decent amount of time to reach Vashlovani National Park from Tbilisi, you’re going to want to give yourself at least a couple of days to enjoy the park before you head back. There is so much to see and explore!

Once we had finally reached the rangers station, it was so beautiful and relaxing. I wished that we could have stayed for another day there, so that we could have had time for more hiking, exploring and chilling out in the wilderness.

I would have loved to chill out for a while in the peace and quiet, far from the noise and bustle of the city. There’s certainly enough to enjoy in Vashlovani for at least a couple of days.

Take Local Directions With Some Skepticism

In some places around the world when you are lost you can count on the helpful locals to point you in the right direction. However, Kakheti doesn’t seem to be one of those places. 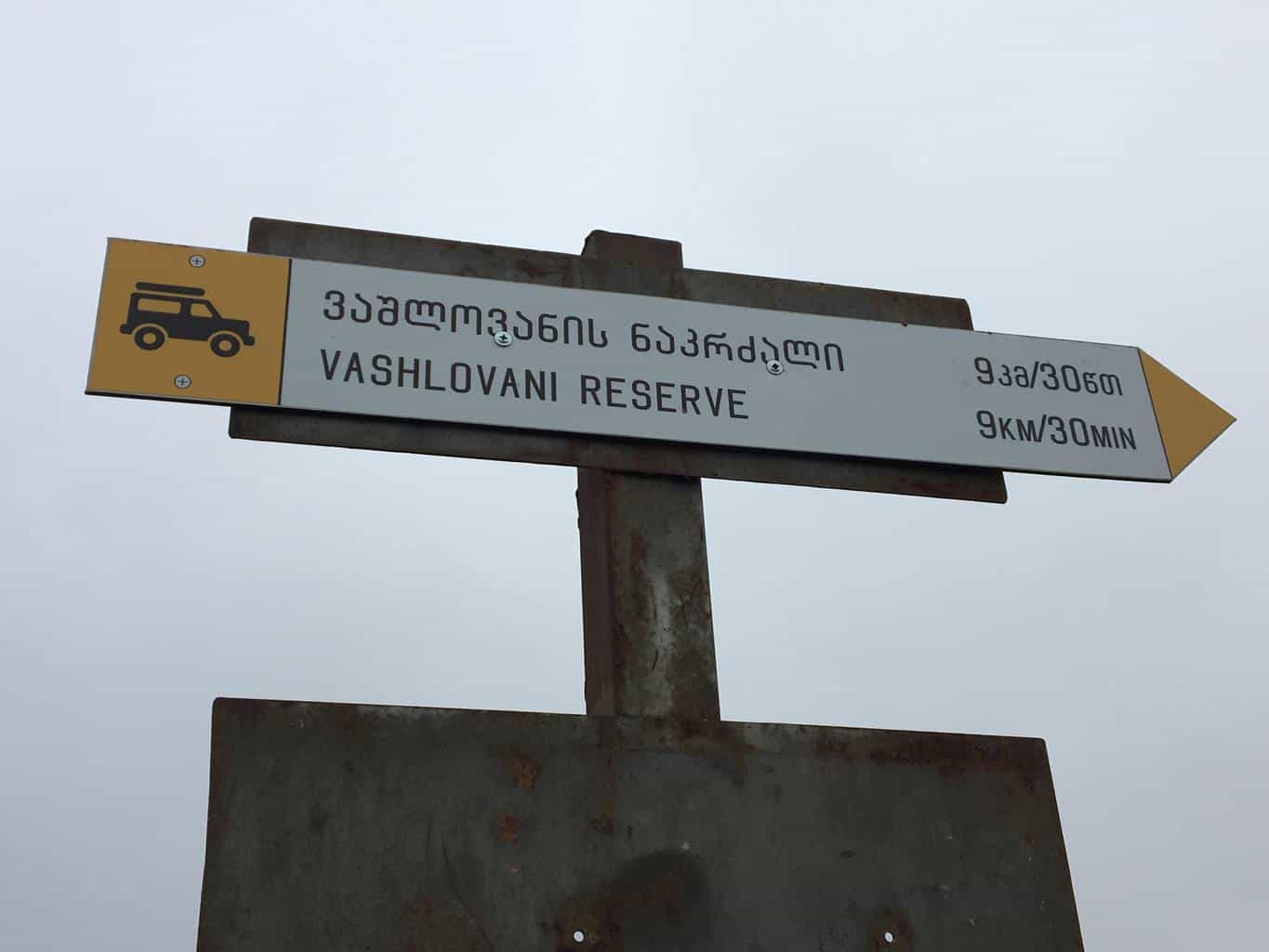 There were several times while we were lost when my friend Tama stopped to ask the local farmers and the people in the village for directions (In Georgian). They would nod, point off in the distance and look like they knew what they were talking about. Then, Tama would roll up the window and as we drove away she would say, “He had no idea. He just told me to go right, then at the end he changed his mind and told me to go left.”

This was the trend with almost all of the local directions we received. At one point, a farmer told us, “you can see Vashlovani from here.” However, it was still 10km away and it could not be seen at all. Perhaps it’s that locals want to be helpful, so they will point you in any direction – even if they aren’t sure whether or not it’s the right one. 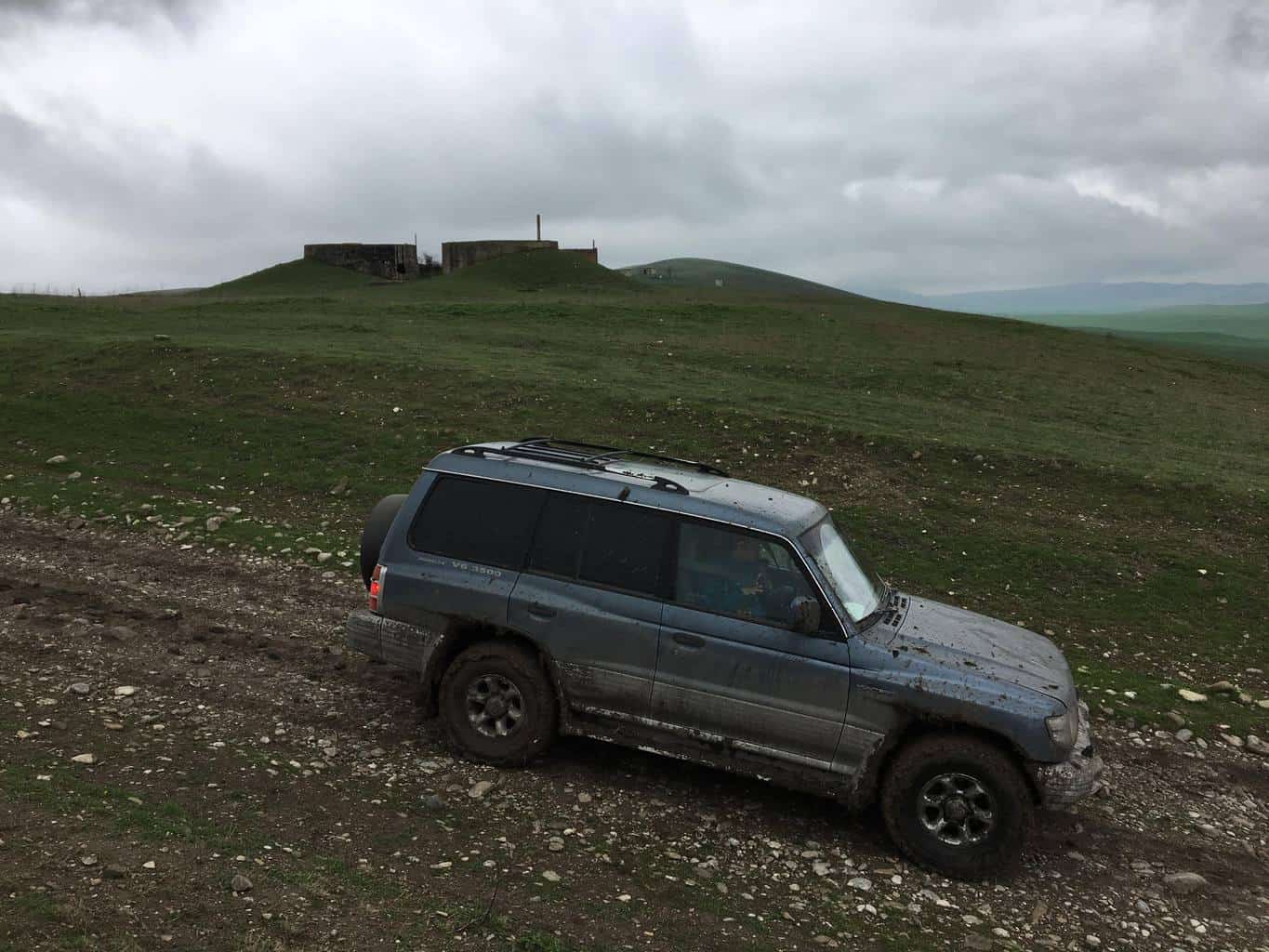 One of the most ridiculous moments of the weekend was when we were heading back to the village of Dedoplistskaro. We saw a signpost for the village, but it was leaning at a strange angle and looked like it was pointing down a remote road off into some farmland. However, that didn’t make a lot of sense, as the other direction was a larger, more trafficked road that you would logically assume led to the main village in the area.

Tama stopped to ask a local farmer who was pulling a huge truck with his trailer. He confirmed that the bigger main road was, of course, the way to the village. When we asked about the sign he shrugged, laughed and said,

You’ll Likely Find Yourself Off the Grid

When’s the last time you went outside of mobile phone range? You should do it every now and then, it’s good for your brain to break the cycle of compulsively checking your phone every 10 minutes. 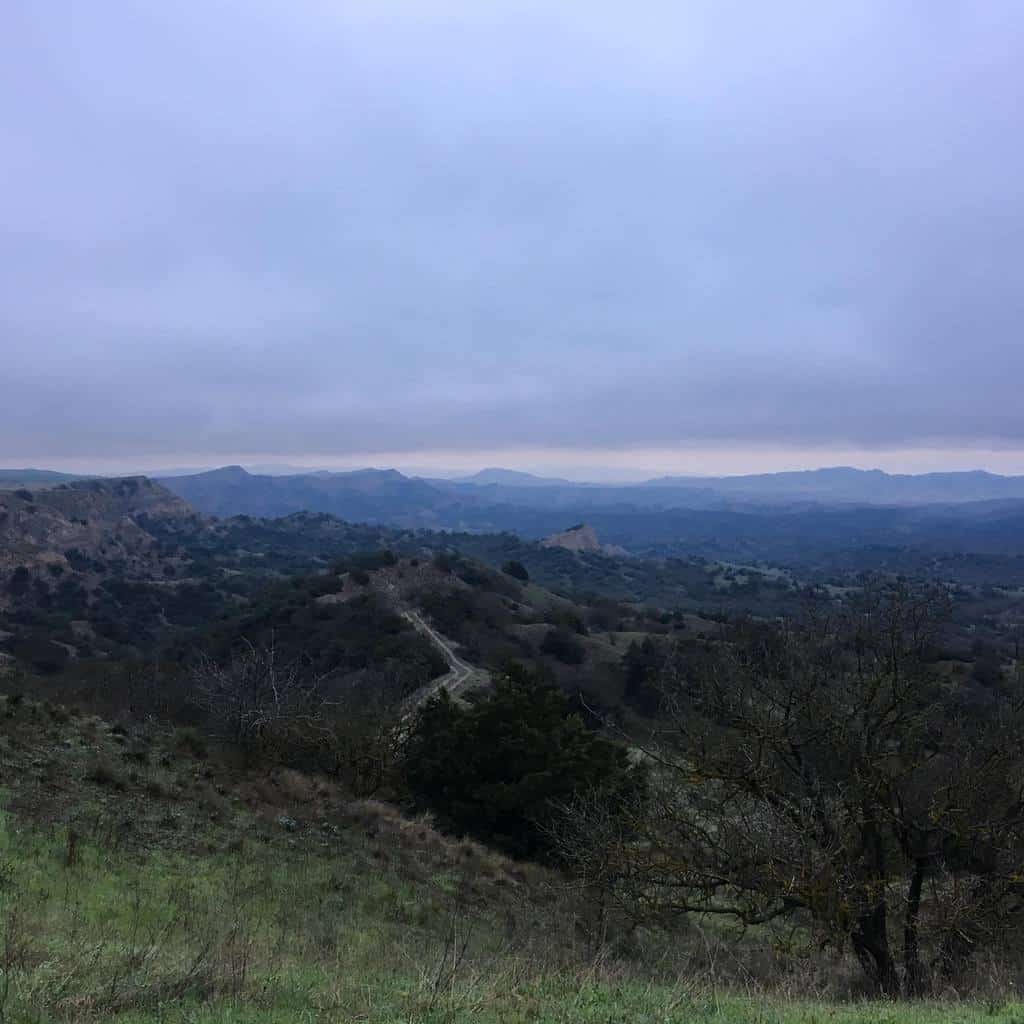 There will be large areas of the park where you will be completely out of mobile phone range. You’ll be forced to disconnect from social media and really pay attention to the world around you. It’s a chance to capture what you are seeing in your own memory (rather than your memory card) and live in the moment for a while.

I felt pretty amazing and relaxed after being disconnected from my phone for a while. (However, don’t forget to download some playlists offline if you are using your phone for your road trip tunes!)

Watch Out for the Shepherd Dogs

We were warned against hiking through certain areas, due to the angry shepherd dogs that defend their flocks aggressively. We could understand why, as we watched these dogs fearlessly chase after our vehicle, barking and bristling.

I was glad that I was inside the car and although I love dogs I wouldn’t want to be face to face with these tough, territorial, working beasts.

The Wildlife is Not What You’d Expect

Hyenas. Jackals. Gazelle. These are the types of creatures that you might expect to see on an African Safari, not in Georgia.

There are even Eurasian Lynx and Caucasian Leopards in Vashlovani National Park, as well as huge birds of prey. There are even brown bears, which might seem strange in a semi-desert region. However, the bears live in the bushes and ravines and eat the juniper berries and pistachios. There is such an incredible range of biodiversity in this fascinating park!

If you do it right (unlike us!) and actually get to do some hiking, you may have the opportunity to see some of these creatures. (Just make sure that you make plenty of noise with your feet, so that you don’t accidentally surprise a snake!)

As for us, we didn’t see any hyenas. BUT, we were cackling like hyenas while drinking boxed wine and playing Truth or Dare… which was pretty fun. 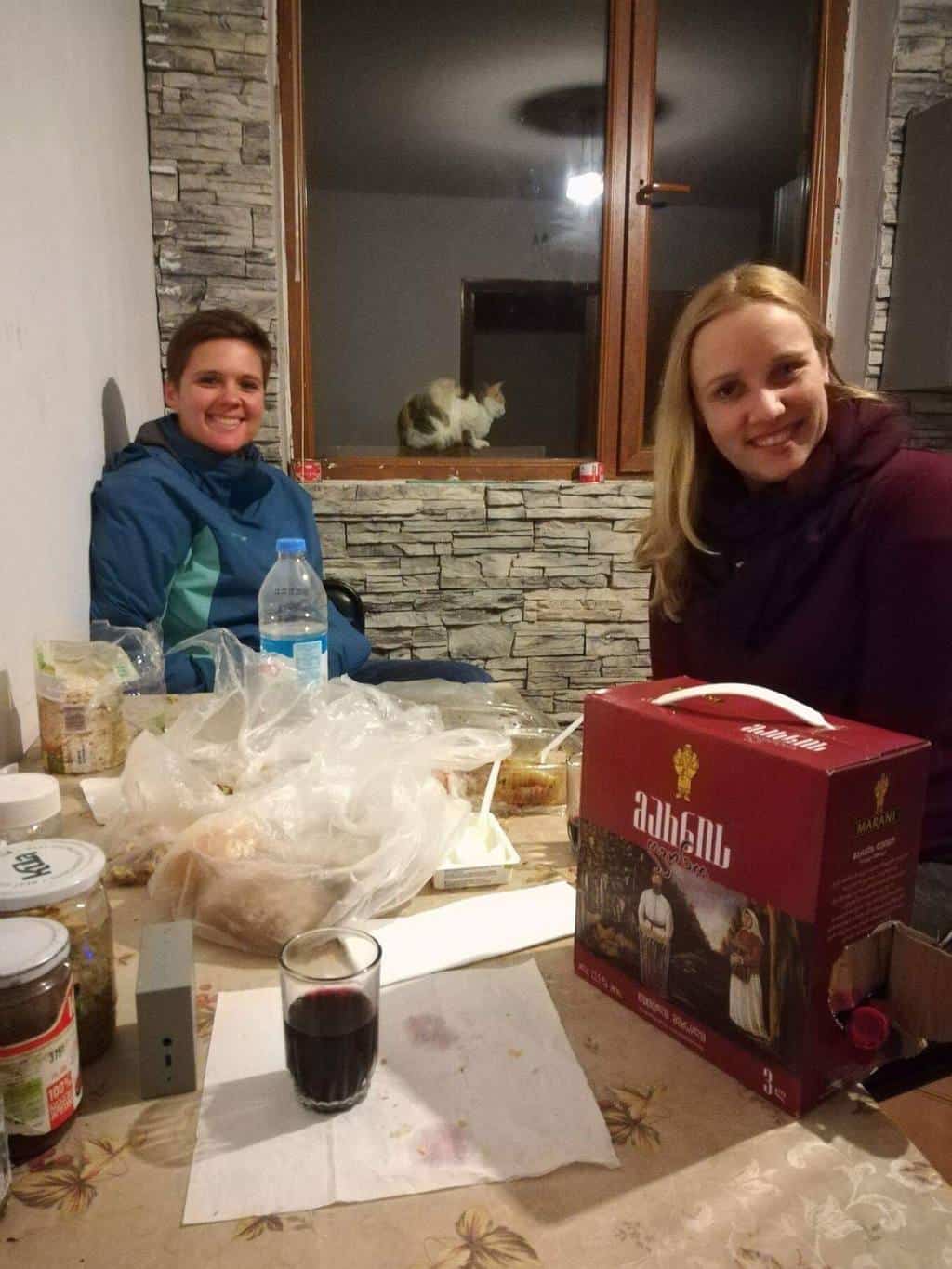 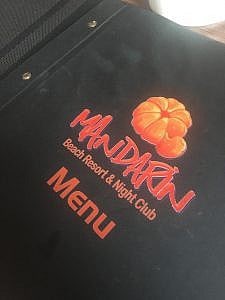 The one and only cafe in the tiny town of Dedoplistkaro is called Mandarini Cafe and it is WONDERFUL. Seriously, I adored this place, here are some of the reasons why:

So, even though we didn’t get to do any hiking – we got to have a pretty cool dining experience. I’m just as passionate about food as I am about the outdoors – so I was pretty happy. 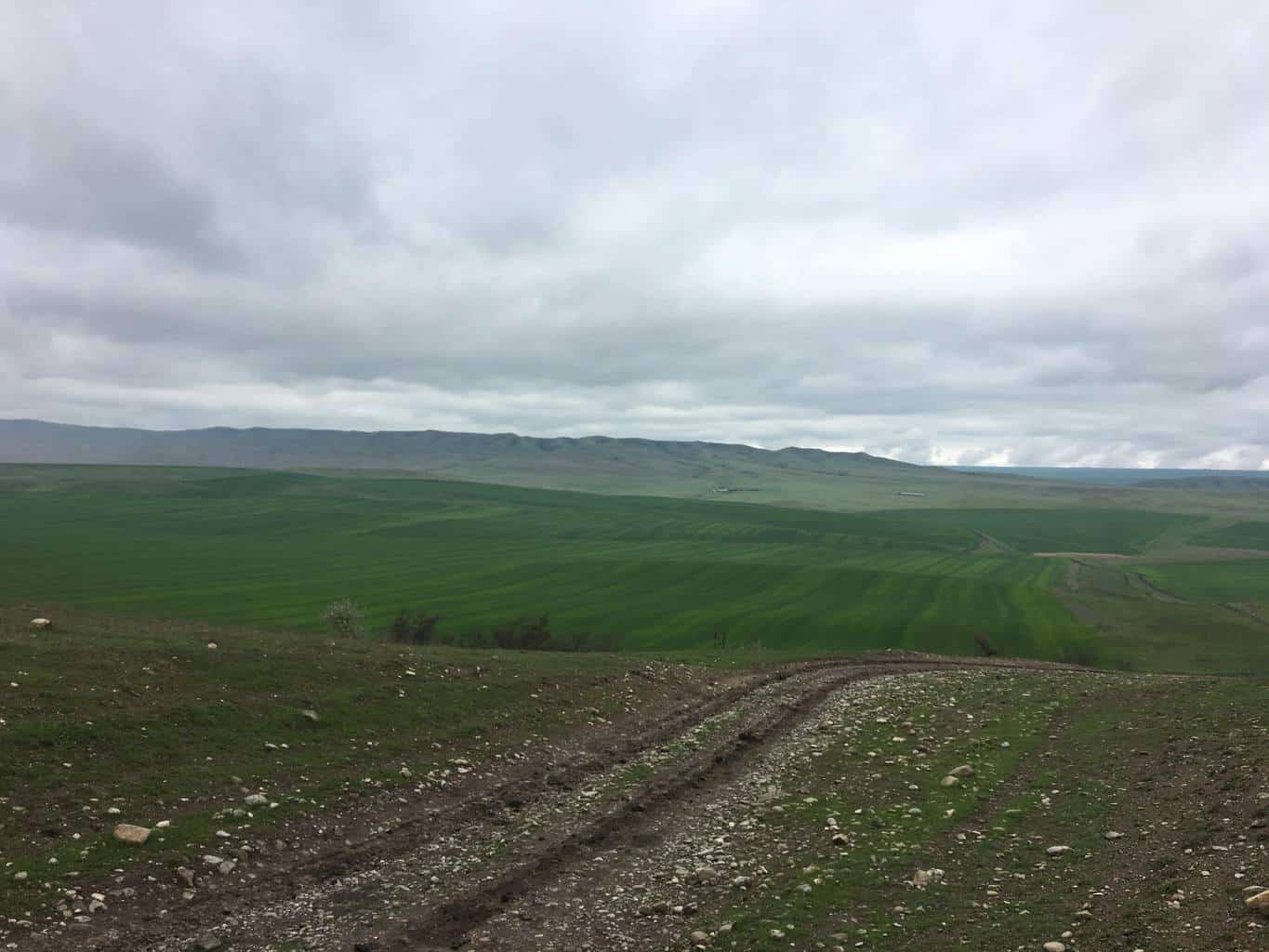 Here are a few more resources that you might find helpful when planning your trip to Vashlovani National Park.

Any questions? Just let me know in the comments below.