While we were in Quito, Ecuador we got a chance to visit the equator. In fact, we had enough time to visit both of them.

Yes, both of them. The location of the original equator was pinpointed by Charles-Marie de La Condamie on an expedition in 1736. However, this was well before the invention of accurate GPS systems and he was off by about 200 metres. Pretty close for the 1700s, but not the exact middle of the earth.

Later when the technology had evolved and geologists could get a more accurate reading, it was discovered that the equator lay 240 metres north of the line. However, they had already built the enormous monument on the incorrect equator so it had to stay. Another museum was built on the accurate site of the equator and since both museums cost less than $10 to visit they make a great affordable day trip from Quito. 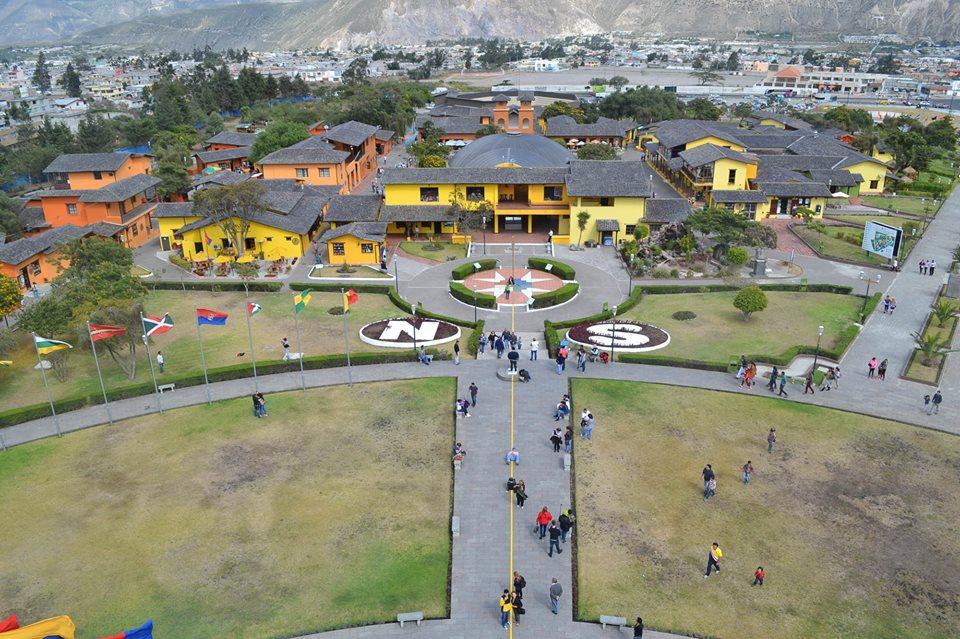 The equator is located around 14 miles north of Quito, near San Antonia De Pinchincha. You could take a half day tour there for between $9 and $30 depending on how exclusive the tour is. However, we decided to do it on our own and take the bus. There are regular buses that are marked “Mitad del Mundo” (Middle of the World). They cost around 50 cents and they will take you right to the actual monument. Take a bus on the blue line to the most Northern point in the city – Ofelia Station. Then, you will catch another bus with a sign that says Mitad del Mundo.

Welcome to Ecuador’s fake equator – not accurate but still the place where all of the tourists from Quito visit. It has a 100 foot tall monument, a yellow line on the ground dividing the hemispheres and a small museum about the ethnic culture and history of Ecuador. If you visit on the weekend, the central plaza at the Mitad del Mundo often hosts musical and cultural events for tourists.

Of course, one of the big thrills of visiting the larger and older Mitad del Mundo monument is posing with one foot in either hemisphere for the classic equator photo. Yes, it’s not the real one but it still makes a great photo! 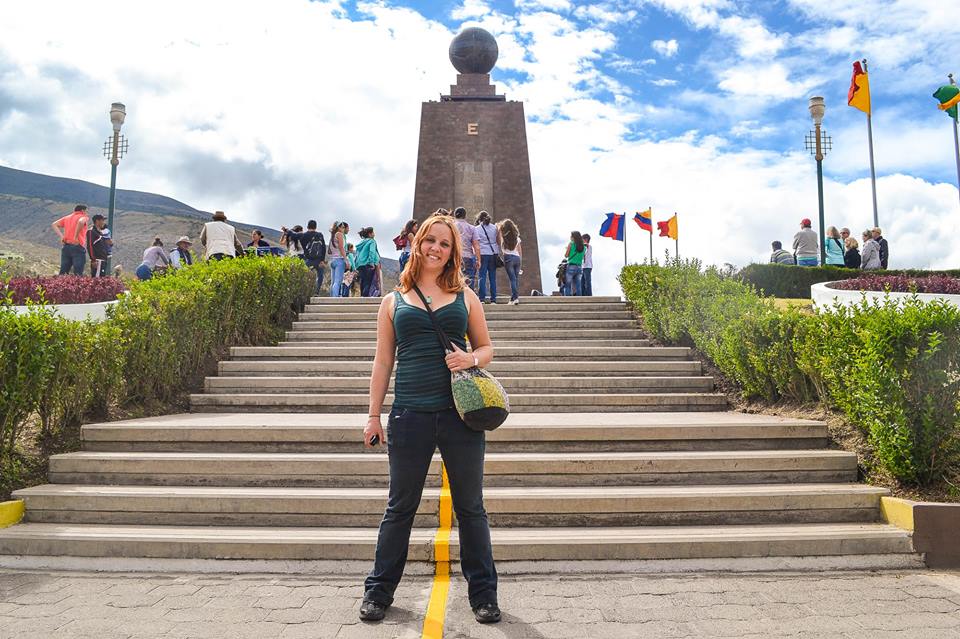 The Mitad del Mundo Monument is open from Sunday to Saturday from 9am until 6pm and the admission price is $6.

Ready to visit the real middle of the earth? Turn left when you walk out of the Mitad del Mundo and go uphill for a few hundred metres. When you see signs for Museum Intinan, turn left and follow the road. 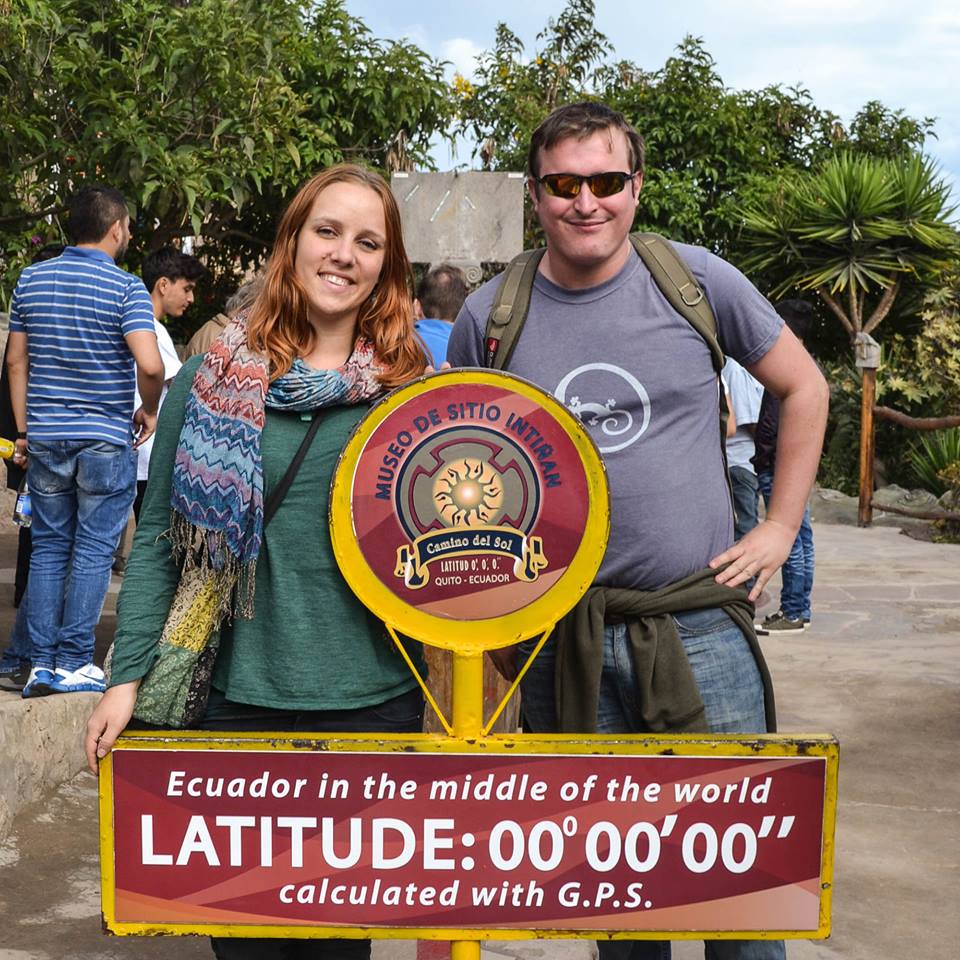 The Museo de Sitio Intinan is a lot more fun than the Mitad del Mundo, because there are more interactive displays. There are exhibitis about Ecuadorian culture featuring replicas of totem poles, real shrunken heads and the dead body of an enormous snake. 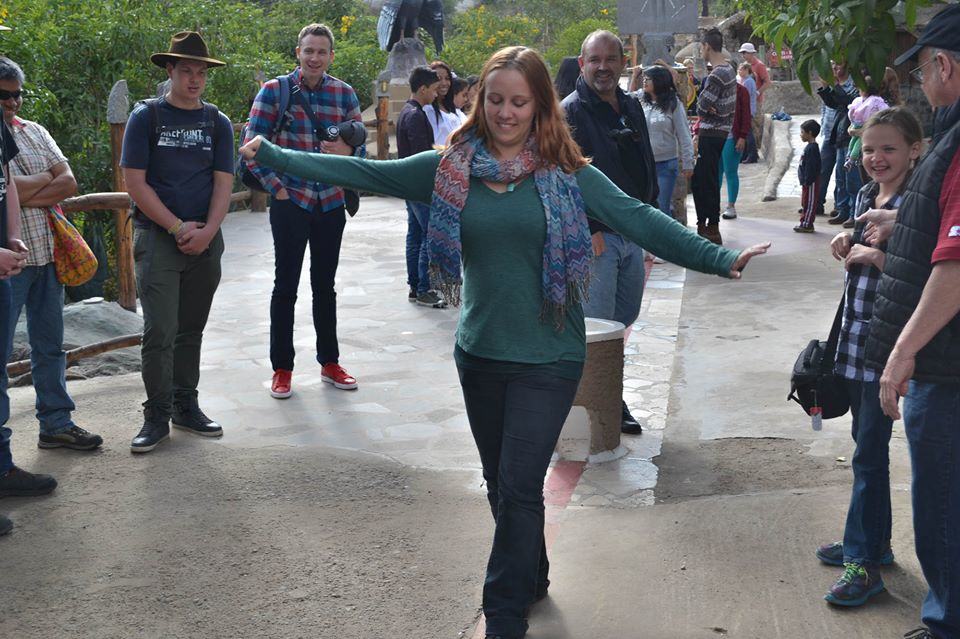 You can take a guided tour around the museum and your guide will show you a few special equator tricks, such as balancing an egg on a nail, walking across a straight line with your eyes closed or showing that water swirled around in different directions on either side of the equator. (However, I think that trick was a fake, the Coriolis Effect is not able to affect water over such a small distance.)

It’s a little bit cheesy, but a lot of fun and definitely worth it – if not just to say that you have stood on the actual equator. 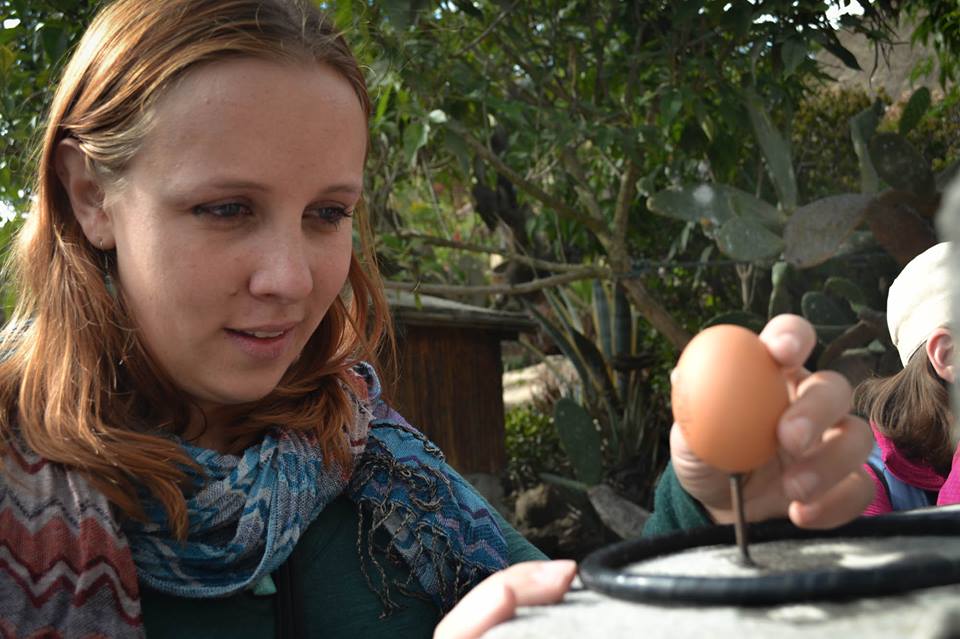 The Museo de Sitio Intinan is open from 9:30am to 5pm Monday to Sunday and admission is $4 for adults and $2 for children.

Have you been to both equators in Quito? Which one was your favourite? Were you able to balance the egg on the nail? Let us know in the comments below.