Waking up at 3:30am after only having around 4 hours of sleep is never easy. For those first few moments, my body fought with the overwhelming urge to sink back into the pillow and close my eyes again. But then I remembered why I was waking up at this ungodly hour and a little shiver of excitement went through me. Today was the day I would finally explore the temples of Angkor Wat.

The temple complex of Angkor Wat, Cambodia, has been somewhere that I have dreamed of visiting for years whenever I thought about traveling to Southeast Asia. Angkor Wat is by far one of the most important archaeological sites in all of Southeast Asia, a sprawling expanse of more than 400 square km of crumbling stone temples, carvings and gardens. The largest religious monument in the world, it is a place shrouded in an atmosphere of ancient mystery, the kind of place where you can easily make believe that you are Indian Jones or Lara Croft.

Our introduction to this ancient holy site was approaching it in the dark after a half hour of riding cheap rental bikes down bumpy dirt roads from Siem Reap. We locked our bikes up while the sky was starting to lighten from black to a deep shade of violet. We crossed the stone bridge over the moat to the sunrise temple, looming like a huge black silhouette on the horizon.

Ever so slowly the sky took on successively lighter shades of cobalt, lavender and powder blue until the hot rays of the sun finally burst over the edge of the temple’s mountain-like domes. The bright sunlight flooded onto the faces of the crowd and they shielded their eyes with one hand while snapping photos with the other.

As the sunlight illuminated the temples of Angkor Wat, it was possible to see all the intricate and detailed carvings within its surface that were not visible in the dark. The stone appeared to take shape before our eyes as the sunlight found its way into every crevasse. 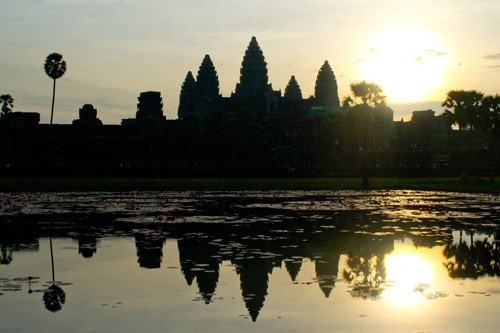 Yup, this was definitely worth waking up for.

Of course I am being a little bit over romantic here. I loved the experience, but I also clearly remember how groggy and bleary-eyed I felt after cycling down the dusty and pot-hole filled roads in the early morning with Lee (who is certainly not a morning person and who had voted for sunset rather than sunrise). Lee’s first hour of the day is never his brightest and getting him up so early was a challenge, as he considers anything before 8am the middle of the night.

That said, even Lee was unusually energetic at that hour of the morning, probably because he was excited for the opportunity to snap some great photos.

It was a difficult choice for us to determine how long we should spend at Angkor Wat and how we should get around the large complex. When we were researching online, many differing opinions had suggested that we should spend one day, two days, three days or even longer.  Not having a lot of time and wanting to have the freedom to explore at our own pace, we decided that spending one day there on rental bikes was just right for what we wanted to see. We ended up happy with this choice because although each and every temple is as beautiful as the last, they start to look the same after you have seen several in the space of a few hours.

After the initial sunrise, we sat down for a well deserved breakfast. The breakfast cafes all seemed to have their own odd Western names (I suppose to attract attention) so we sat down at ‘Tiger Woods’ for some coffee and tea and a banana pancake. This is where we planned our route around the temples of Angkor Wat. Our friend from Germany, Romina, had accompanied us and was feeling brave enough to do the “big circuit”.

Here are some of the photos of the temples of Angkor Wat we saw on our adventures:

Throughout the temples there are many young children who are selling postcards, bracelets and other trinkets. It is not a good idea to buy things from these young peddlers, as cute as they are, as encouraging it keeps them working rather than in school where they should be. However, they certainly knew how to impress us as they were able to name the capital cities of every country that we could throw at them and count to 10 in French, English, German and who knows how many other common tourist languages.

In the middle of the day, disaster struck. After coming out of one of the temples of Angkor Wat I went to unlock the bike lock that was securing Lee’s bike to mine.

The key broke off in the barrel of the lock.

A nearby tuk tuk driver saw the look of panic on our faces, reached under his seat and produced a hammer (which I can only assume he keeps as a security measure). He gestured for us to stand back and then gathered a crowd of about eight Khmer locals who took turns beating the crap out of the bike lock with the hammer against a block of wood. After about 10 minutes of this therapeutic release of pent up rage (perhaps from dealing with tourists all day) the bike lock finally smashed into pieces.

We bought everyone a round of beers from a roadside stand to show our appreciation. This experience changed our view on tuk tuk drivers, which was largely formed by being hassled as we walked down the street or being a target for many scams that some have attempted to trick us with.

Cycling in the heat took its toll on us and we slowed down significantly in the afternoon, although we still were able to see everything we wanted to see. After more than 12 hours of riding around in the heat, every time I tried to mount my bike I nearly cried out in pain at the ache in my butt muscles. After a few more temples of Angkor Wat it was time to start the 30 minute ride back, which seemed a lot longer than it had in the excitement of the morning.

Before we could leave the complex, we came across the infamous gang of monkeys who were up to no good and playing in the long grass. Lee made an enemy of one of the females by getting a little too close to her with his camera and she loudly told him off.

By the time we finally returned to Siem Reap we barely had enough energy left to explain what had happened to our mangled bike lock to the guy at the rental shop. He eventually forgave us and returned our ID without charge. Saddle-sore, we limped back to our hotel for a bit and then out a big steak meal to top off a great day. (Although it probably tasted better because we were so exhausted.)

Sore muscles, sweat and disasters in all, exploring the temples of Angkor Wat on a bike was a truly amazing experience and I rank it as one of my favourite travel days ever. I’m so glad that I pulled myself out of bed in the early hours of the dawn, as watching the sunrise at this amazing temple complex is something that I will never forget. 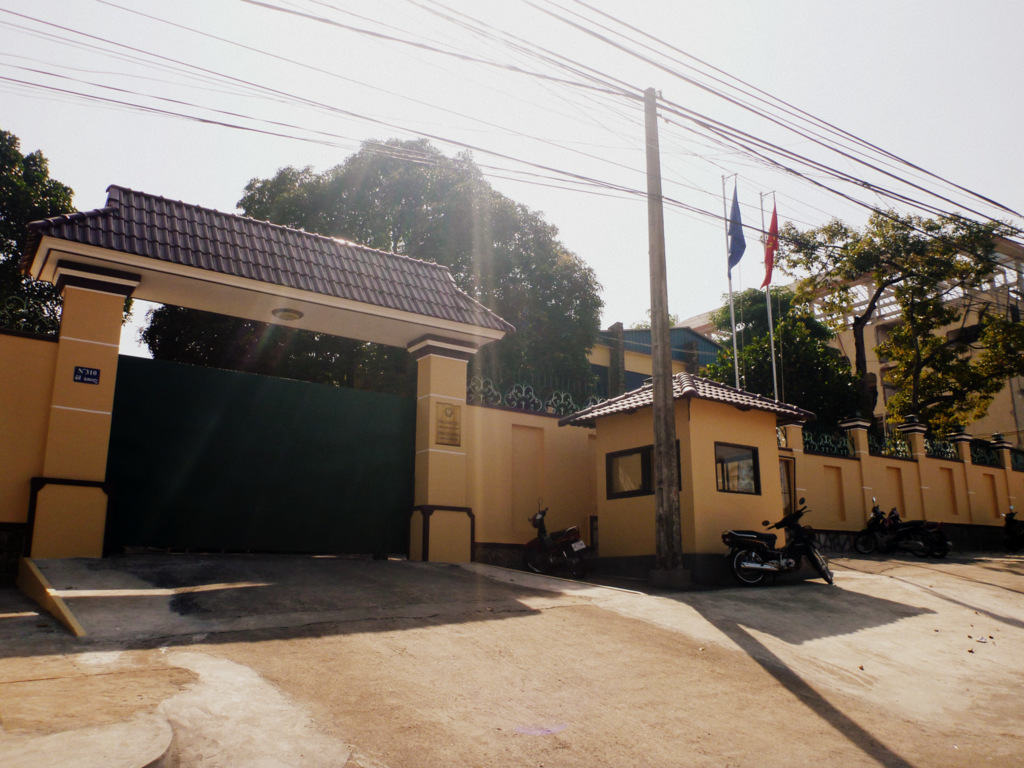 How to Get a Vietnam Visa in Sihanoukville, Cambodia 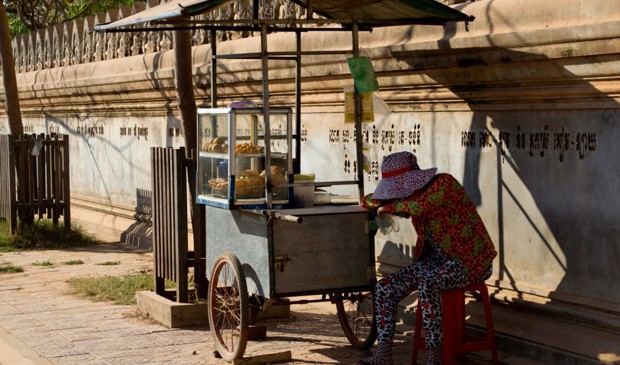 26 Things I Have Learned While Travelling South East Asia

A Very Quick Guide to Cambodia