The small town of Stepantsminda in the Kazbegi region of Georgia is one of those places that makes you feel like you have stepped into a postcard.

The imposing jagged peaks all around you don’t even look real – they surround the village on all sides and are so tall that their tops are dusted with snow and crowned with clouds even in the summer. The village itself is a little ramshackle and run-down, but it has a friendly charm and a handful of welcoming restaurants serving up Georgian beer and piping hot khinkali (meat dumplings).

It’s certainly worth a trip while you are in Georgia – so here is our guide to how to get to Stepantsminda from Tbilisi. 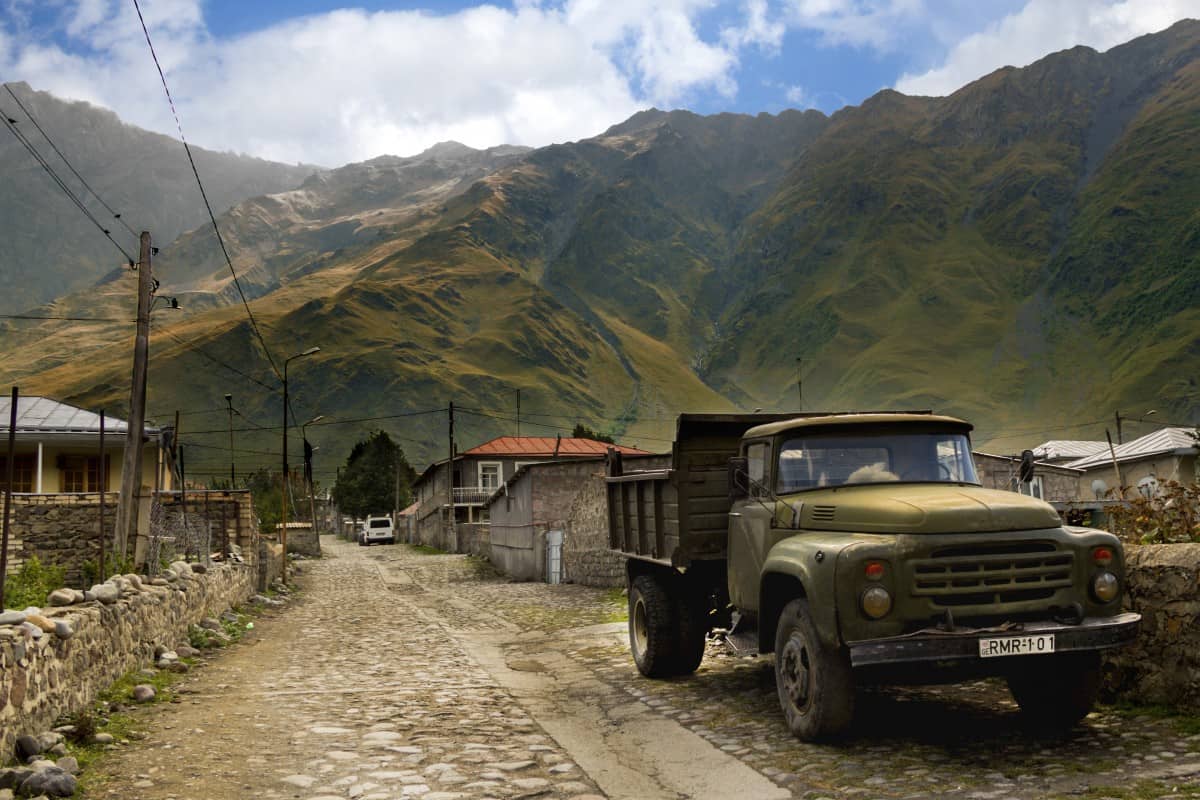 How to Get to Stepantsminda, Kazbegi

A marshrutka is a shared minibus shuttle and it is the cheapest way to get to Kazbegi from Tbilisi. Here’s how to take a marshrutka to Kazbegi:

From Tbilisi to Kazbegi:

From Kazbegi to Tbilisi:

Important Things to Know About Marshrutkas

If you don’t feel like sharing your trip with anyone else, it is possible to book a private taxi from Tbilisi to Stepantsminda. However, this will not be as cheap as the marshrutka. It will cost you around 150-200 gel ($60 – $80 USD). The price will depend on the circumstances, whether or not it is peak season and your haggling skills – if you have a Georgian friend who can help you negotiate this might lower the price.

If you do take a private taxi, try to arrange for them to do a couple of quick stops along the way so that you can squeeze in a bit of extra sightseeing – such as in Mtskheta perhaps?

Last but not least, the other option is to rent a car and drive there yourself. I would only recommend this if you are a confident driver – you’ll be driving along the Georgian Military Road and it can be quite steep and winding – passing through narrow gorges between the mountains.

If you plan to use your car to drive up to the Gergeti Trinity Church while you are in Stepantsminda, it’s important to get an SUV with 4 wheel drive because the road is pretty rough (just a dirt track, really). You can get rent one in Tbilisi for around 150- 250 gel ($60-$100 per day).

Having your own car can be advantageous, as it allows you to explore off the beaten track and go at your own pace. However – be aware that it’s easy to get lost in some areas of Georgia that aren’t very well sign posted, as I learned during my misadventures in Vashlovani National Park.

Can I visit Stepantsminda on a day trip from Tbilisi?

Yes, technically you could. It’s a three hour journey each way, so you could get up super early, catch the first shuttle, hang out in the mountains for a few hours and then catch the last shuttle back.

However, why would you? That seems like a long day!

6 hours in a cramped minibus for such a short taste of the mountains! If you have the time I would highly recommend staying at least for one night! There are many affordable hotels available.

Have you been to Stepantsminda? If you have any tips, let us know in the comments below!

What to Read Next:

8 Things To Know Before You Travel to Stepantsminda 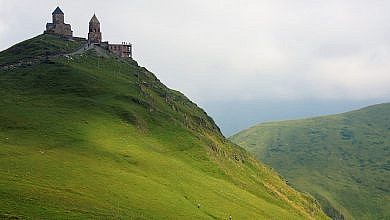 A Travel Guide to the Regions of Georgia (The Country)