It was hard to see it at first – its mottled brown fur blended in with the wet rocks along the shore – but I squealed with excitement when I spotted it.

It was a big, fat sea lion, lazily sprawled on the rocks only a few metres from the pier Lee and I were standing on. It rolled slowly to one side, looking like a tourist passed out after too many cervezas. As we looked further out to sea, we could see more than a dozen others, big slippery brown lumps lounging on rugged rocks and being splashed by the surf. 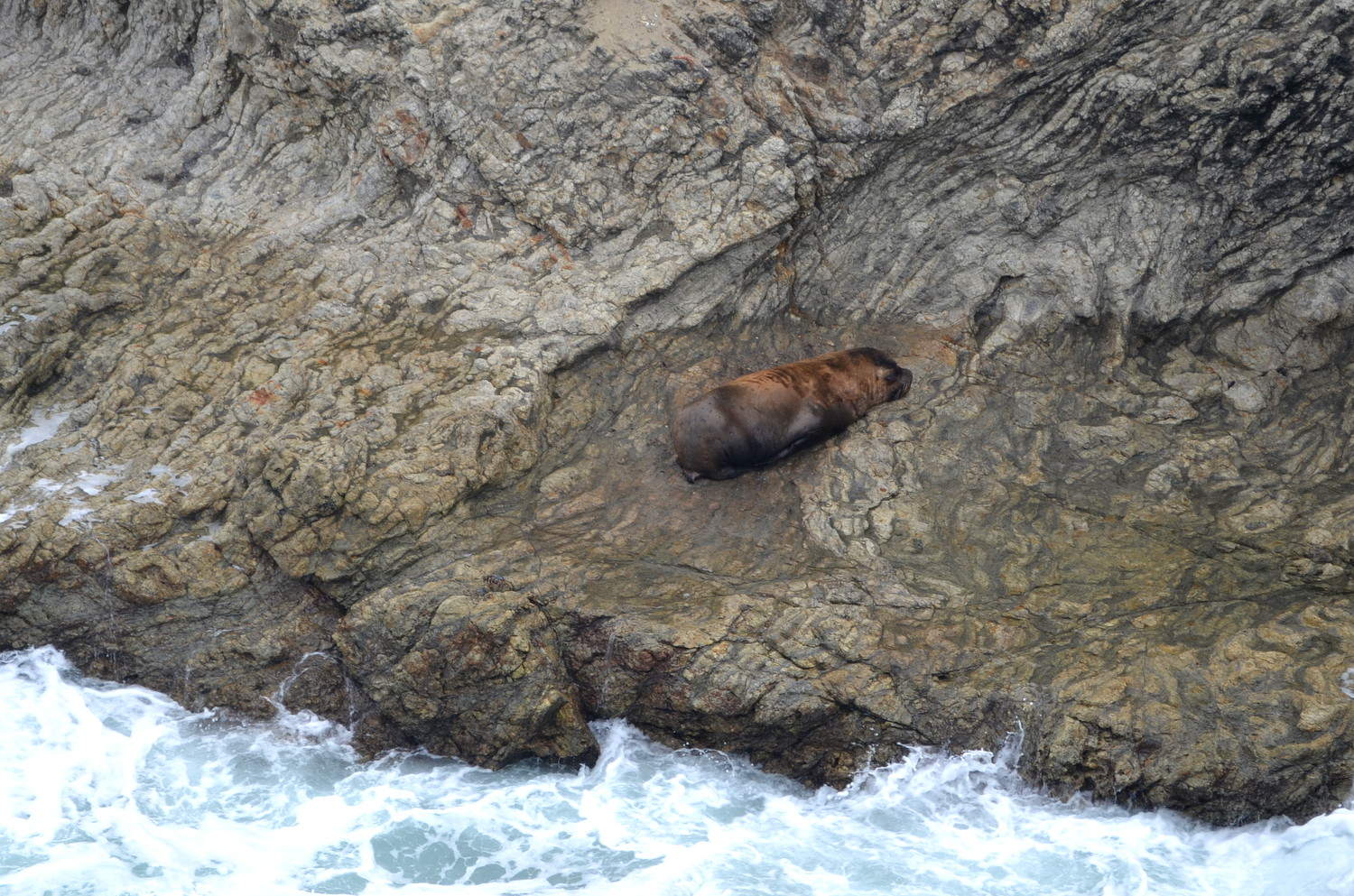 This lookout point is called the “Loberia” and it is just outside of the seaside town of Salinas, Ecuador. It’s definitely worth visiting if you are in Salinas, as it’s not often that you get such a great opportunity to see these animals so close up without paying for a tour or an admission fee. If you have binoculars or a zoom lens, you should definitely bring them with you.

You can walk there from town in about an hour, but it will take you less than five minutes and cost you less than two dollars to get there in a taxi. We took a taxi there, then took our time walking back.

After you ogle the sea lions, walk along the trail to La Chocolatera, which is the most Westerly point in South America. There is a clear walkway from the Loberia along the beach to the lookout point so it’s very easy to find.

Why is it called “La Chocolatera”, which means “Chocolate”? No one really explained that while we were there, but from my research it seems to be because the rocks are brown and when the water runs over them it looks like chocolate. It’s also a great place to watch the sunset, so make sure you time your visit just right (we were much too early). 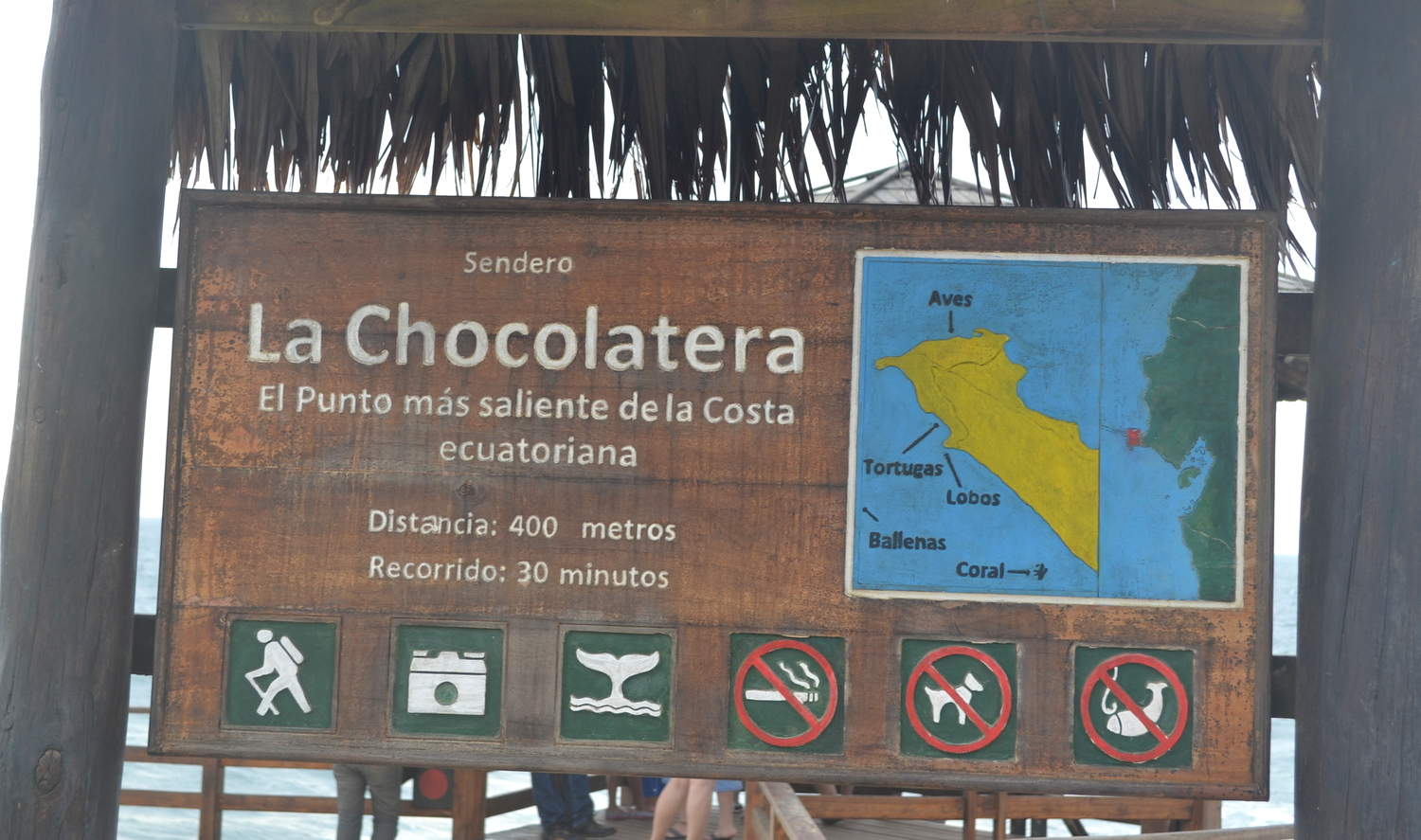 Other than the Chocolatera and the Loberia, there aren’t really many other “attractions” to see in Salinas. It’s a small beach town, popular with gringos as well as Ecuadorians and people from other South American countries on holiday. You can rent a jet ski or go fishing, or just chill out with a beer at one of the restaurants along the seafront.

In the mood for a cold beer after our long and hot walk back from the Chocolatera, we stopped at Smokin’ Barbeque for a drink and the atmosphere was so much fun we ended up spending the entire evening there.

The live music was great, the drink selection is excellent, but the best thing about Smokin’ is the bartender – a retired American named Andy who is 67 years old on the outside but no older than 25 on the inside. I love meeting people who have a positive attitude about life and it’s impossible to come away from talking to Andy without a smile on your face.

We partied until 4am that night and had a fantastic time. The next day I lounged in a hammock all afternoon, feeling (and probably looking) like that lazy sea lion we had seen on the rocks the day before. 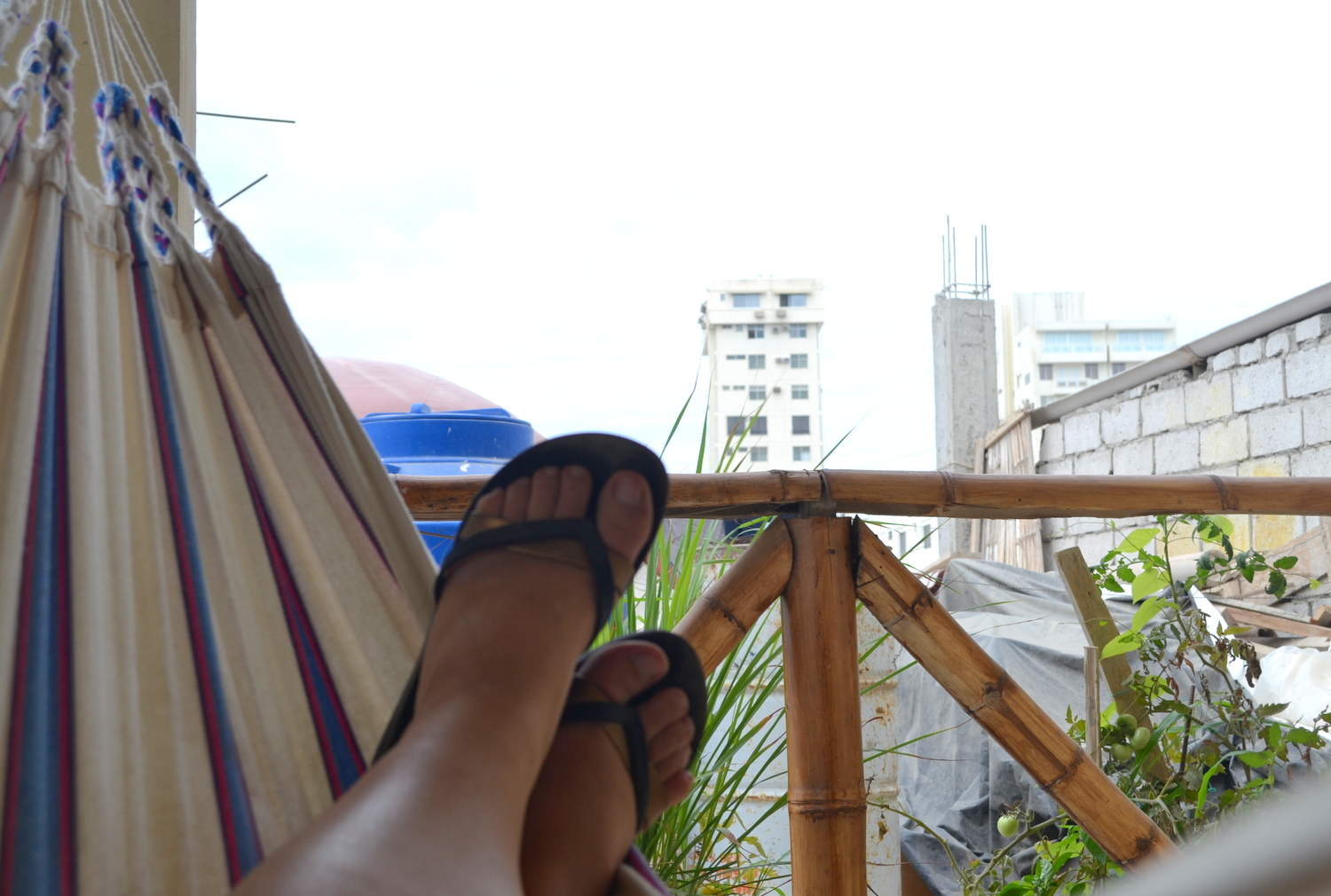