In a hostel in Quito, Ecuador I met a friendly young Canadian traveller on his first big backpacking trip.

He had a typed itinerary containing all of his travel notes and ideas for where he wanted to go. He excitedly listed all of the countries he wanted to cover – Ecuador, Peru, Bolivia, Chile, Argentina, Uruguay and Brazil – pretty much the majority of the entire continent of South America.

“So how many months do you have?” I asked.

He was committing a major mistake that many first time travellers make – trying to fit way too many destinations into a small amount of time.

I think that when we take a trip there is a feeling that we should see as much as possible while we have the opportunity. If you travel to the UK then you should see Ireland too because after all, it’s right there. You think to yourself that it would be a shame not to see Europe as well… before you know it your travel plans have expanded to include eight different countries in one month.

I understand the feeling of wanting to see every little corner of this big and amazing world. However, the problem with cramming too much into your travel plans is that it will leave you stretched too thin and makes it harder to enjoy any of it.

The list of things you can see and do is infinite, but your time, energy and money are not.

I tried to tell the Canadian guy in Quito that there was no way he would be able to cover that much distance in only six weeks. South America is an absolutely massive continent. He would have to take long bus journeys every other day and he would never have long enough in each place to relax and enjoy himself. His itinerary had him spending every other day on a long bus ride, barely giving himself enough time to catch his breath again before getting on the next bus.

I suggested that he cut his trip down by at least half – it’s better to actually enjoy three countries than to rush like an exhausted maniac through six or seven countries. I’m not sure if he took my advice because he had left Quito on a bus to Banos by the following morning!

If you are planning a trip right now, take a look at your route. Do you have an activity or a bus/train/flight on every single day of your trip, or do you have some days where nothing is planned and you can be flexible? Can you visit fewer countries and stay longer in each one?

(Keep in mind that if you are only staying one night in a place, the day before and the day after will be taken up by getting there and traveling to your next destination.)

Giving yourself more time to explore fewer destinations will result in a much more enjoyable, relaxing and rich travel experience – one that won’t leave you exhausted when you return home!

Have you ever tried to cram too much into a trip? Tell us about your travel experiences in the comments below. 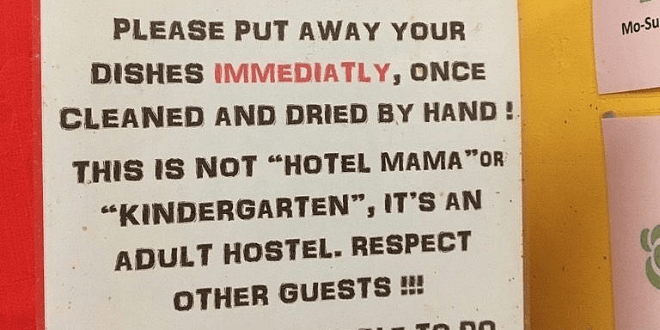