The reason why a person goes travelling seems pretty obvious: there are some experiences in this world that cannot be satisfied by staying where you have always lived.

You most likely don’t live in a place where you can regularly access majestic mountain landscapes and dolphins. You kind of have to move a bit to experience any of that.

Then why not just go on holiday? You don’t have to pack all your possessions up and traverse the world for months on end to see these things. Just take a two week break and stay in a lodge in the Rocky Mountains. Easy, right?

“Travelling”, as opposed to a “holiday”, obviously means taking an extended break from your normal life to see the world. Yet, that seems kind of trivial and unproductive. Maybe that’s a great idea for when you are retired, but surely it would be better for young people to spend the formative years in a job in which they can save money for the future, and in the meantime building skills. When you have done that, after you have proved your worth to society, you have the time and the money to do it properly.

This argument is actually pretty plausible if you really think that travelling is only about being a “tourist”, a pure fun-fest with no future benefit. It isn’t, but I shall explain in a bit. 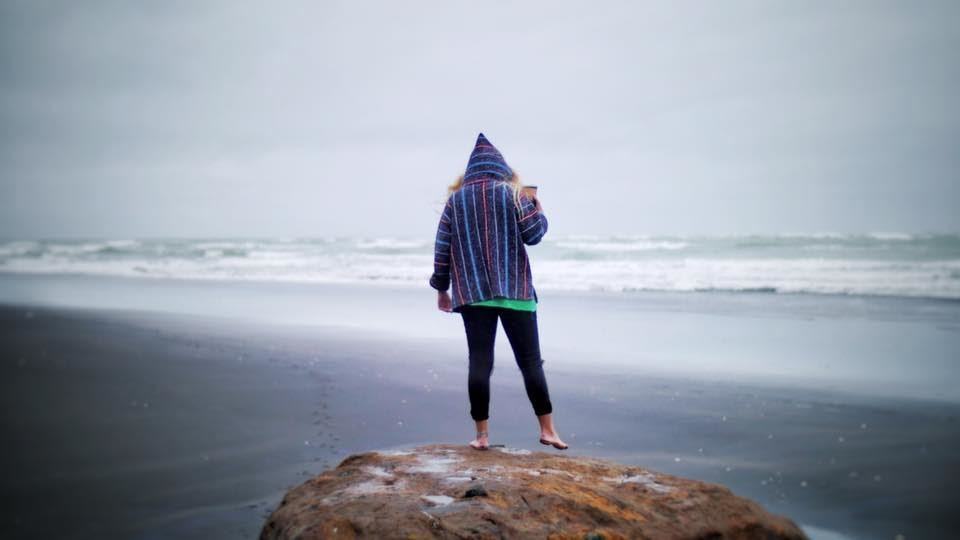 Others will say that young people should go travelling, because there are other benefits. If, like me, you follow Facebook pages about travelling, you will often find popping up on your feed an odd article or meme. The most popular one that gets shared around a lot is the notion that, ultimately, it is our memories of great experiences that more greatly contribute to our overall happiness than material possessions. It is implied, therefore, that we should go travelling often so that we are more often exposed to these unique and memorable experiences.

I don’t dispute that, but there is a key flaw: if you have been travelling, you will know that not every moment of your life on the road is filled with boundless joy. Judging by the pictures you post on social media, others might think you’re having a whale of a time 24/7. However, we only post the good stuff. Travelling is mostly an emotional rollercoaster. Yes, you will have times that you will cherish forever, but you will also have times of great stress.

Your life at home can be described as being moderately comfortable, punctuated with the odd music concert that’s great, or a break-up that puts you down. In the main, you live close to the median level of happiness.

On the other hand, travelling can regularly put you on both ends of the spectrum. You will have some of the best days of your life travelling, I can pretty much promise you that. When you’re spending your days off surfing, followed by a few beers watching the most stupendous sunset, you’ll feel like you’re on top of the world. For that alone, that’s a pretty good reason to book that flight.

Yet, you will have other days where you will regret ever leaving your house. When you unexpectedly find yourself without a job or someone you really like has to go home, all of a sudden the discomfort of being away from home and the loneliness can be crushing. When you’re eating nothing but bread and butter for the lack of money in your bank account, nursing sunburn, suffering by athlete’s foot from the dirty hostel showers, tossing and turning in your bed after being woken up by the loudest snorer in the world, travelling doesn’t seem like all it’s cracked up to be. “Who thought this was a good idea?”.

So the “great experiences” thing is a bit overrated. Travelling is not for the faint hearted. I think it’s all worth it in the end though, in fact essential, but I’m going to keep you in suspense even longer; I’ll explain my reasons later.

Then we have other articles that claims that travelling gives us other selfish benefits, such as better health, and yes, better sex lives.

I am not here to argue with any of the science; this may or may not be true (I’ve been travelling for two years and I’m still waiting for the avalanche of women), but I feel like this is in the same category as those articles that claim that red wine and chocolate is good for you. Okay, maybe they have some health benefits, but we all know they’ve been written to confirm wine and chocolate lovers’ biases, don’t we? Let’s be real.

I’m sure there is an article out there somewhere that says that playing video games all day is good for your health. In fact, I’ll Google that now.

Annnd, what, do you know? Video games are good for you because science says so. Well, I never.

Even if we accept these ‘benefits’ at face value, they are just perks. There are many ways you can go about improving those aspects of your life without going travelling. You don’t need to go half way across the world to improve your sex life. Ultimately, it’s your eating and exercise habits that dictate how your health is, not how far you have travelled. Just as looking after your health can’t be the reason why you play video games all the time, these cannot be the main reasons why you go travelling.

So travelling is not just for seeing unusual things, it’s not to make great memories, and it’s not to make you skinny or to get laid. Why do it in the first place then? Are the nay-sayers right after all? Is travelling really just an excuse for putting off life, a gratuitous display of privilege to show off to our “friends”, merely an extended holiday? That would be a bit of a bummer. 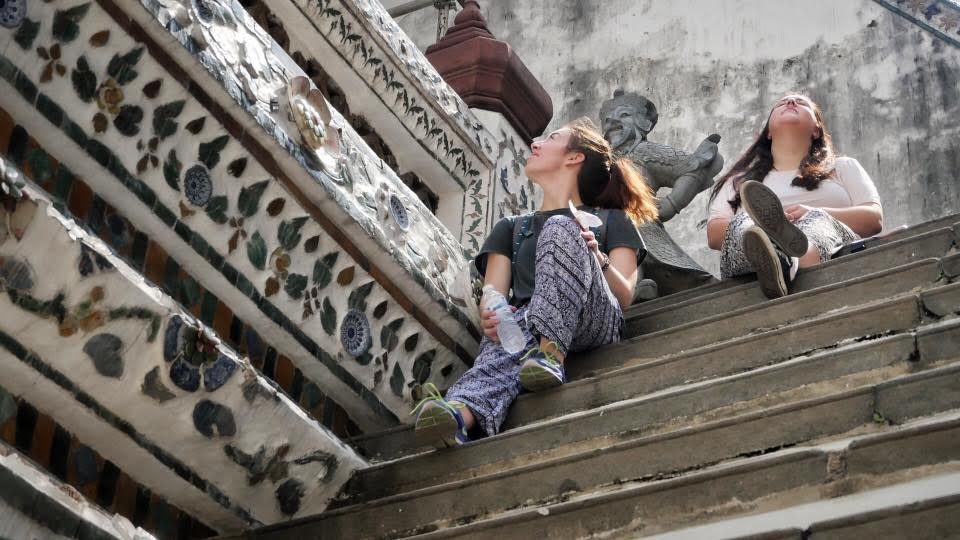 Let me ask you a question:

This refers to a situation in your life where you don’t seem to be going in the right direction. Maybe you don’t even know where that direction is. You’re either in despair that things have not gone the way you wanted them to, or you still have no idea what you want in the long term. Your life is directionless, mundane, repetitive. You’re not being challenged. You’re not particularly sad, but you’re not having a great time either. You have the nagging sense that you’re not making the most out of the short time we have on this Earth, and you are not living up to your full potential.

You know that you have to make a change somehow. If you don’t, you run the risk of becoming complacent in a mediocre way of life, or even running yourself into depression.

It’s a feeling rather than a physical state. Some people may be perfectly content in the same circumstances. I’m not talking to those people. I’m talking to the people who know deep down that something is not quite right, who have an intuitive sense that there is more to life than what is in front of them. If that is you, then travelling may be an option.

There may be other options that don’t involve travelling. The solution may be as simple as getting a new job, moving to a new town, joining a club, or starting a new hobby.

However, we are talking about a state where you have a severe mental block. It is deceptively easy to get stuck in a routine, in which time whizzes by and you find yourself in a life that you didn’t plan for and wouldn’t have chosen anyway. Because life happens, you think you have to keep going along this road, and there is no decision making process. Yet the voice in your head that tells you that there is something more gets louder and louder until you can’t ignore it any longer.

My claim is that travelling is one of the best ways, if not the best way to break yourself out of this rut.

It involves complete geographical displacement, which compels you to look at your circumstances differently. All of a sudden, you have to re-assess every choice you make in your life. You’re forced to actually think about what you want, rather than going along with what you have always done.

When you’re away, nearly everything will be new to you. With every new situation, new problem, new sights, sounds and smells, you’re back to square one. With all of that new input, you can’t help but produce new output in the form of thought patterns, belief systems and fresh ways of looking at the world.

Travelling won’t solve all of your problems instantly, but it will put you in a better position to see your life objectively, without the blinkers of routine and social expectations. If you want, you can craft an entirely new you.

To forge new pathways, think and behave differently, to be more present to the direction your life is taking, these are the reasons you go travelling. If this sounds like a good idea to you, book your flight now.

There’s nothing wrong with wanting to go travelling for all of the exciting experiences and benefits as I described above, but I believe it offers something far more profound. Don’t take my word for it; try it for yourself. 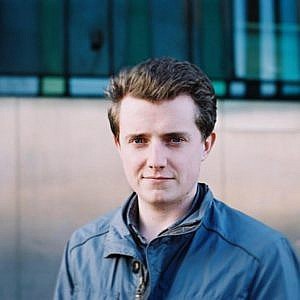 James Smith is a writer, film-maker, photographer and citizen of the world. Since 2010 he has been writing online op-eds on numerous subjects, including travel, film, political philosophy and economics. In 2017, his first book was released, 'The Shy Guy's Guide to Travelling'. 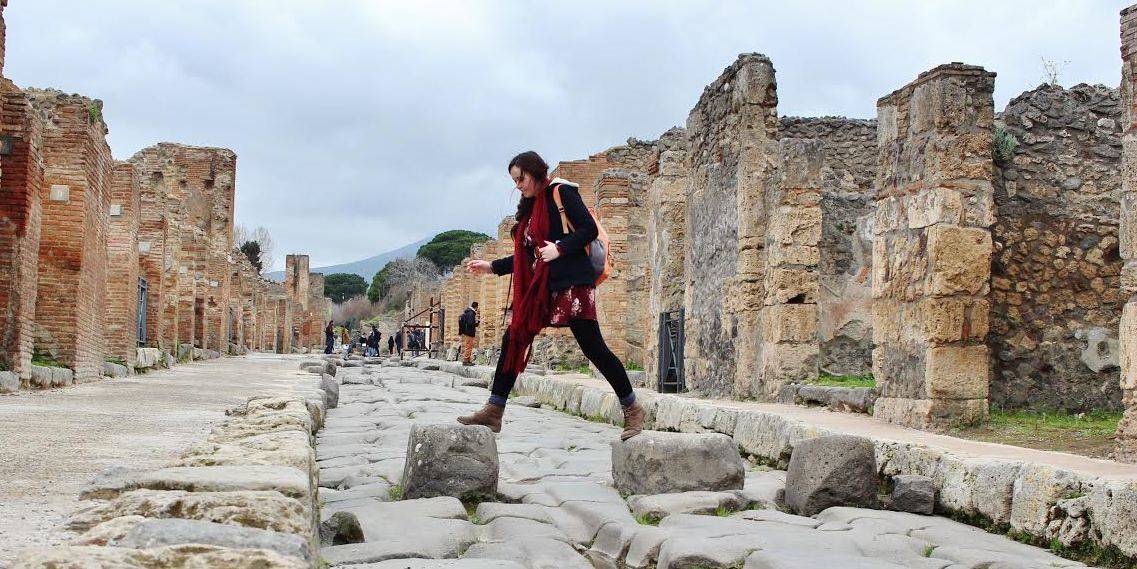 How to Visit Pompeii on a Day Trip From Rome