When I entered Panama I had only three previous associations with the country in my head: The Van Halen song, the Panama Hat and the Panama Canal.

Well, the song was stuck in my head every day, I saw plenty of people wearing hats and we got to see the Canal up close. However, we also discovered that this country offers a lot more – including Caribbean coastline with turquoise water, cloud forests, coffee farms and an amazing abundance of wildlife. Panama is definitely worth visiting in your travels around Central America. 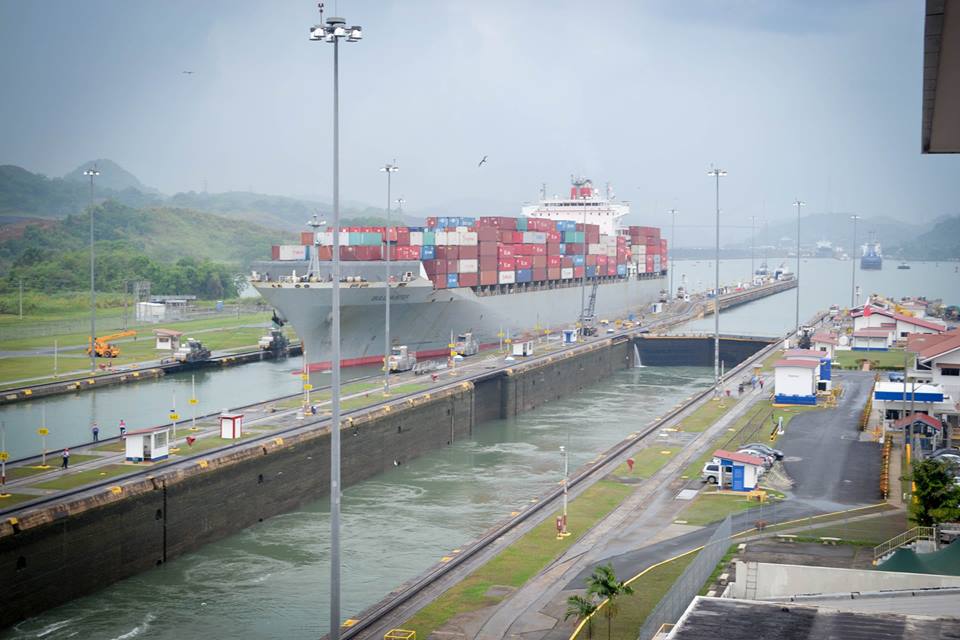 As for the canal, it cannot be missed when you are visiting Panama City. It is the link between The Pacific and the Atlantic and it is one of the most impressive engineering marvels that we lowly human beings have attempted. It’s easy to visit on a day trip from Panama City, whether you head there on your own or take a full day tour like we did.

The best place to see the Canal in action is the Miraflores Visitor Centre, where you can see ships travelling through the locks. There is a visitor centre there with a theatre, an observation terrace, a restaurant, four exhibitions halls and a gift shop.

You can get there by bus from the Albrook Terminal, or you can take a cab that will cost around $10. Make sure that you agree a price before you leave. 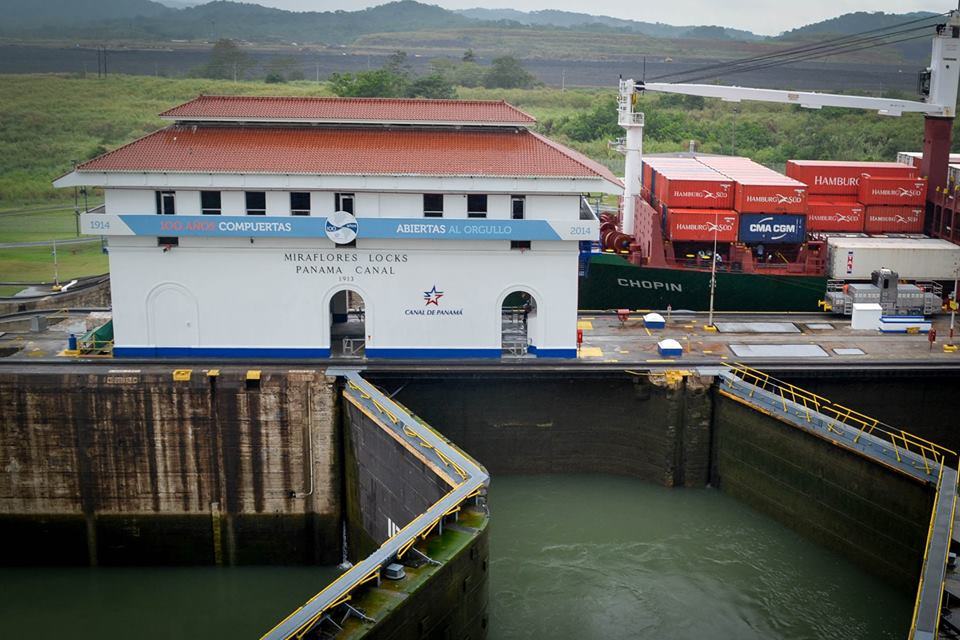 Instead of going there on our own, we visited the Panama Canal on a full day tour of Panama with Panama Tours & Trips Services. It cost $25 each for a seven hour tour of the city which included a historic walk around the Casco Veijo, a trip up to a stunning lookout point and more. Miguel spoke great English and was an excellent tour guide – funny, friendly and enthusiastic about showing us around his city.

The Best Time to Visit

The large boats usually travel through Miraflores between 9am and 11am or between 3pm and 5pm. If you want to see the locks in action, these are the best times to visit. You can always call ahead to the visitor’s centre and find out when the boats are scheduled to be coming through that day.

An Amazing Feat of Engineering 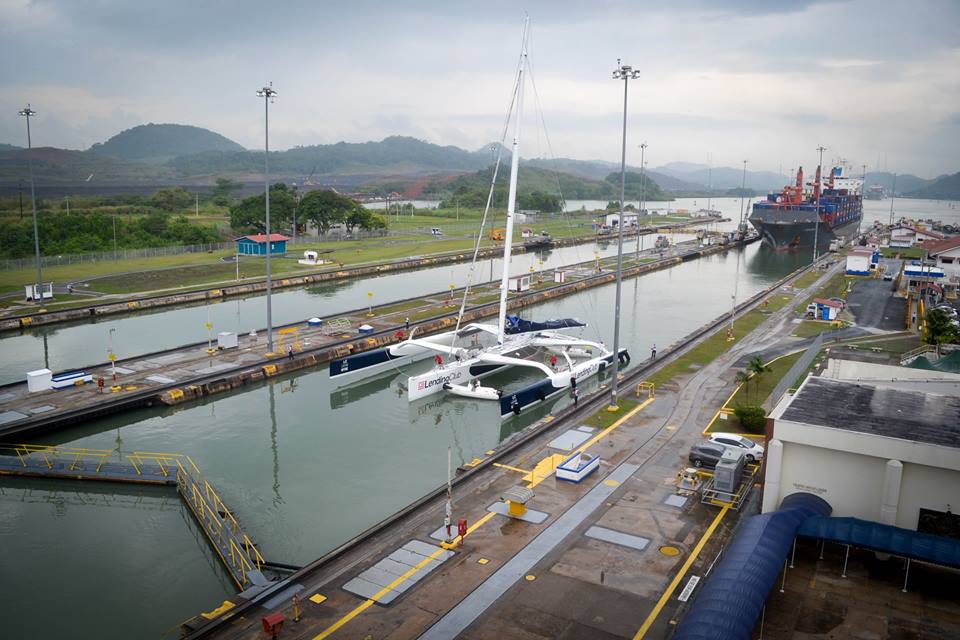 The Panama Canal is the link between the Atlantic Ocean and the Pacific Ocean and it is an incredibly important point for international trade. It is considered one of the seven wonders of the modern world and between 13,000 and 14,000 ships use the canal every year. The ships pay a total of $1.8 billion in tolls to pass through the canal and the toll for some of the largest ships can be up to $450,000.

It takes a ship around 8-10 hours to pass through the canal and along its journey it will move through a system of locks that will raise it 85 feet above sea level.

We spent ages watching these huge boats make their way through the Miraflores locks – it was a fascinating sight to behold. I would also recommend watching the 10 minute video presentation in the theatre, it explained how the mechanics of everything worked in a really easy to understand way and it will make you giggle at how cheesy it is. 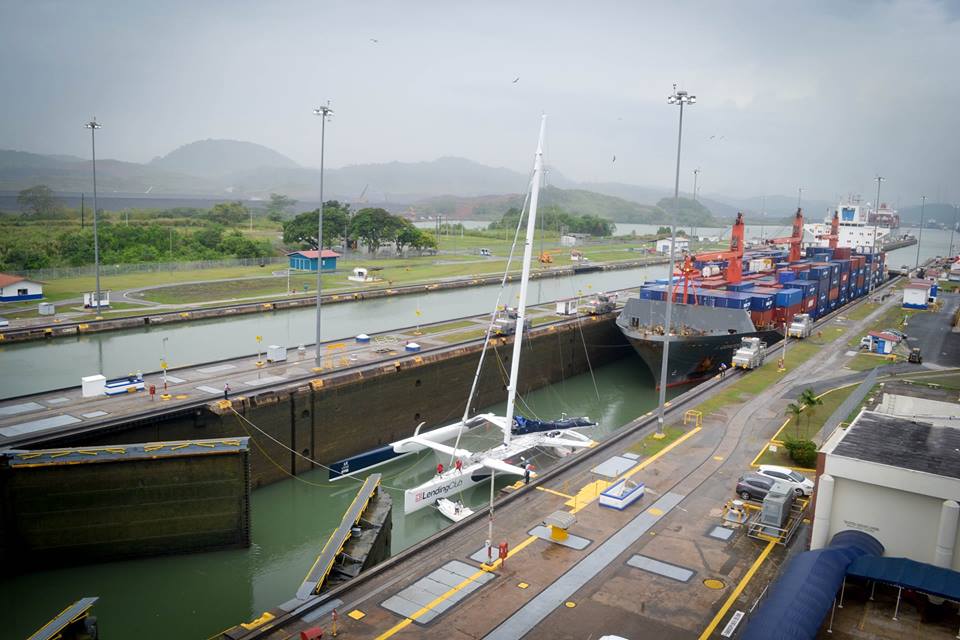 I had never really seen a lock in action before, but they are quite amazing. The ship moves into a section of the canal that is then sealed off by a gate and the water is drained from that section until the ship has been lowered to the appropriate level. The gates are then opened and the boat exits the lock. The same occurs in the other direction, with the lock filling up with water instead. It’s brilliantly simple, yet to pull it off on such a grand scale is a pretty amazing structural feat.

Have you been to Panama City? Did you visit the canal? Let us know your travel stories in the comments below.