I leaned against the smudged glass of the gondola car of the Medellin Metrocable, peering out at the ramshackle houses strewn across the mountainside below us as we slowly glided upwards.

Scruffy stray dogs trotted confidently across dirt roads and children played football in parks alongside buildings covered with elaborate graffiti scrawls. A couple on a motorbike weaved through the switchbacks up the steep slope. The mountainside was so sharply inclined that one family’s corrugated tin roof was level with their neighbour’s backyard.

As we sailed above these neighbourhoods we got to see little snapshots of life from above – an elderly woman hanging pink sheets on a rooftop washing line, a gaggle of middle aged men sitting on the stoop of a corner store.

The Medellin Metrocable is sometimes called the “cheapest sightseeing tour in the world” as it offers a chance to see a bird’s eye view of the entire city for only around $1. I would absolutely recommend taking a ride up the cable car during your visit to Medellin. 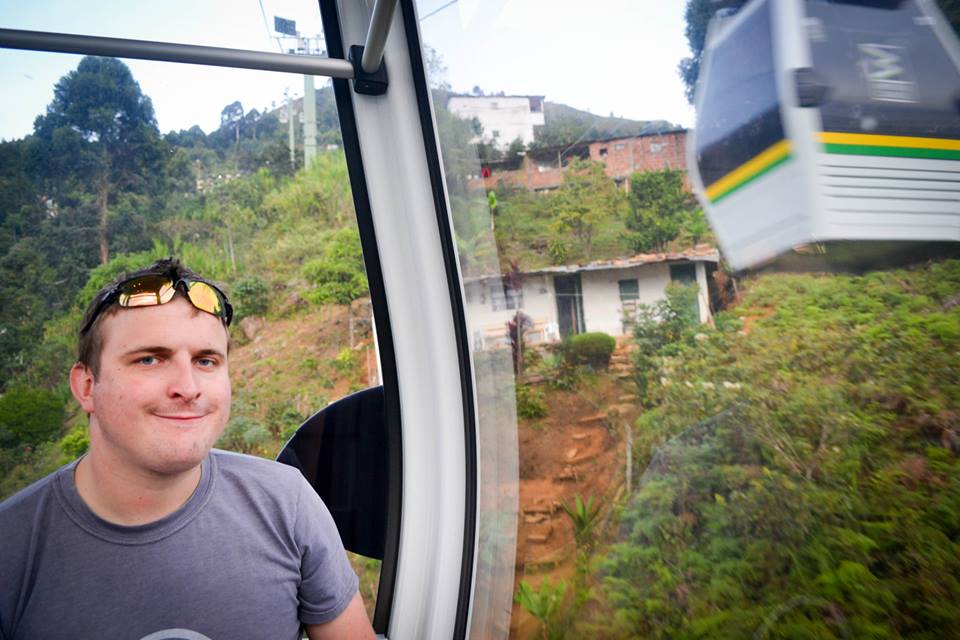 How a Cable Car Lifts the City Up

Over the last couple of decades this city has been transformed from a rough and dangerous drug hotspot to one of the safest and most popular tourist destinations in Latin America. The development of the Metro actually played a pivotal role in reducing violence in the Colombian city of Medellin. 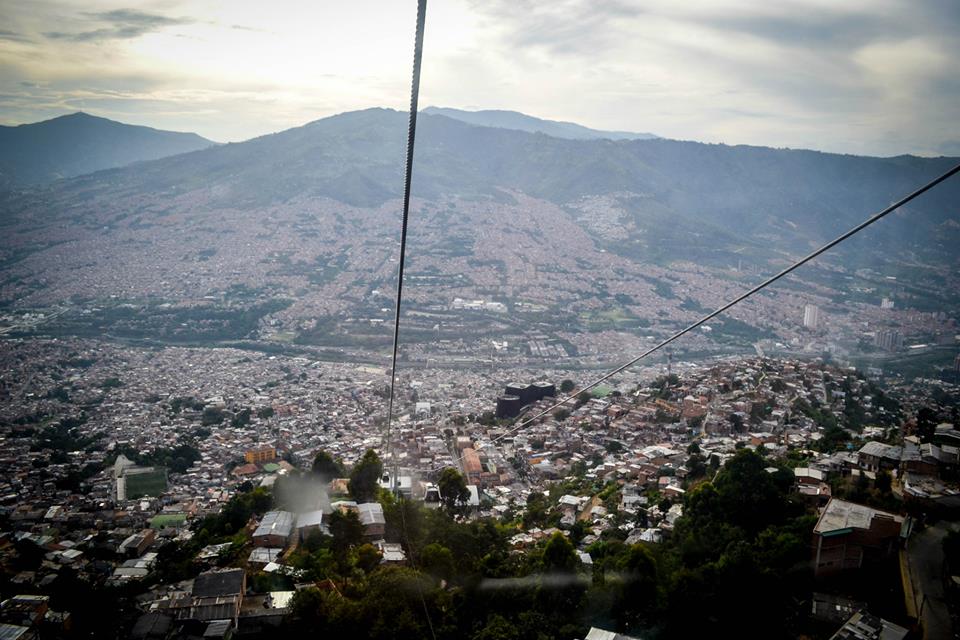 The poorest people in Medellin live in the shanty towns that are located high in the surrounding hills. Before these cars existed, those who lived on the mountainside had to take a long and difficult trip to get into the city, sometimes having to walk for hours due to poor bus service (the hills are too steep to make a bus service practical). This isolation made it difficult for the impoverished people in these areas to access healthcare, education and even basic shopping needs.

Now that the Medellin Metrocable car connects these communities to the rest of the city there has been a considerable positive impact. 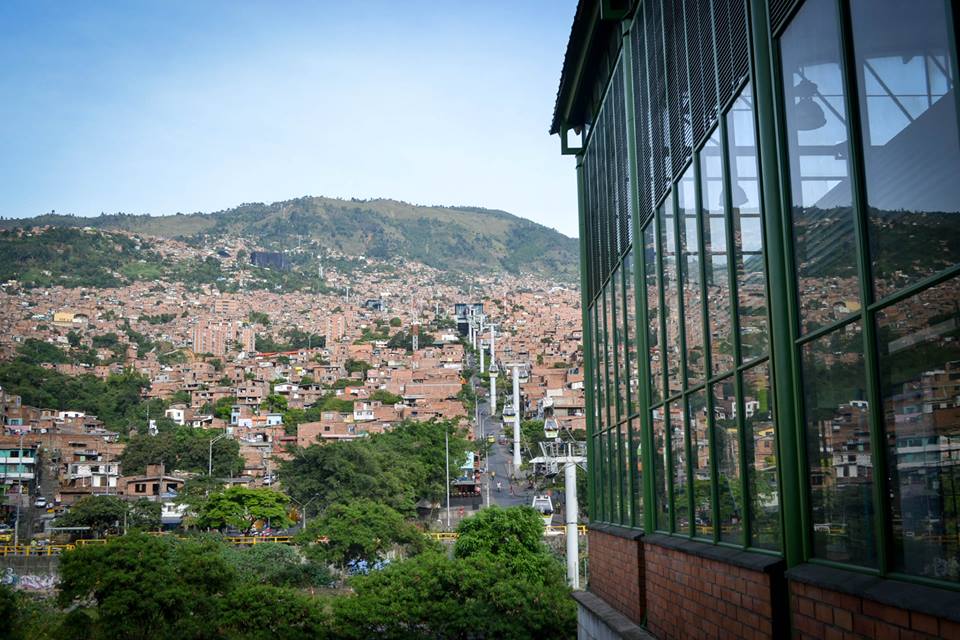 There are three different Metrocable lines in the city, Line J, Line K and Line L (the one we rode on) If you have paid for a Metro Ticket you can also ride the Metrocable at no additional cost. Simply ride the train to Acevado station and transfer to Line K. 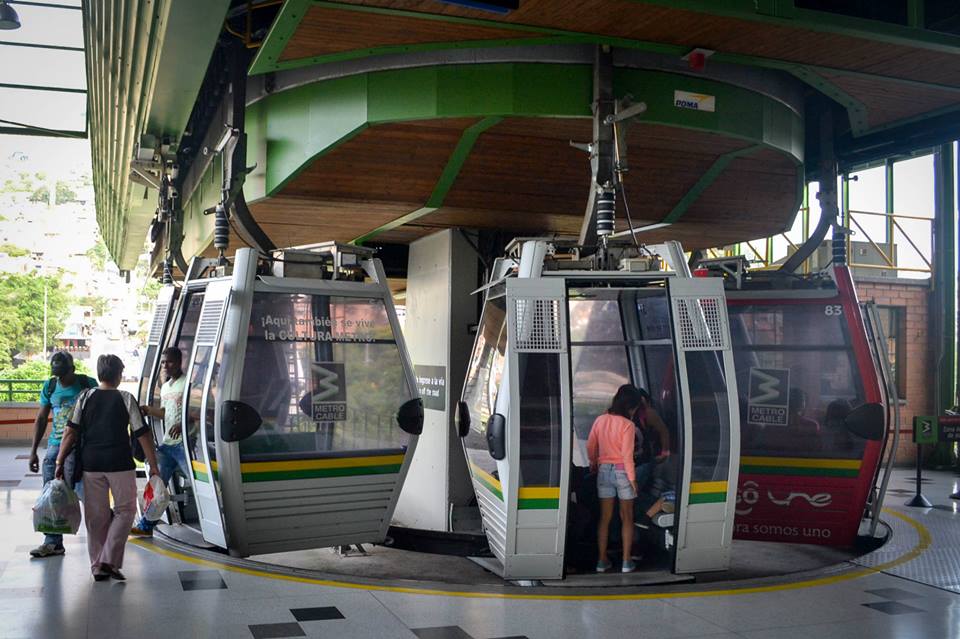 The car will take you up to Santo Domingo station, the Metrocable’s mountaintop terminus. There you can switch to a second cable car that will continue to take you higher up the mountain.

Ummm… When Does This Cable Car Journey End?

As usual, Lee and I went to ride the cable car not really knowing what to expect because we didn’t know much about it in advance. In this case, we were left wondering confused about why we kept travelling further and further up the mountain with no end in sight.

The higher we rose the fewer houses and people there were. Eventually we only saw dirt roads, a few shacks and the odd cow or goat grazing in a steep field. We thought, “Surely we must be almost at the top,” yet we still glided higher and higher. Eventually beneath us we could only see trees and the city of Medellin stretched out across the valley. We had been on the cable car for at least a half an hour, but it still kept going! It crested the mountain peak and carried on gliding over the forest. 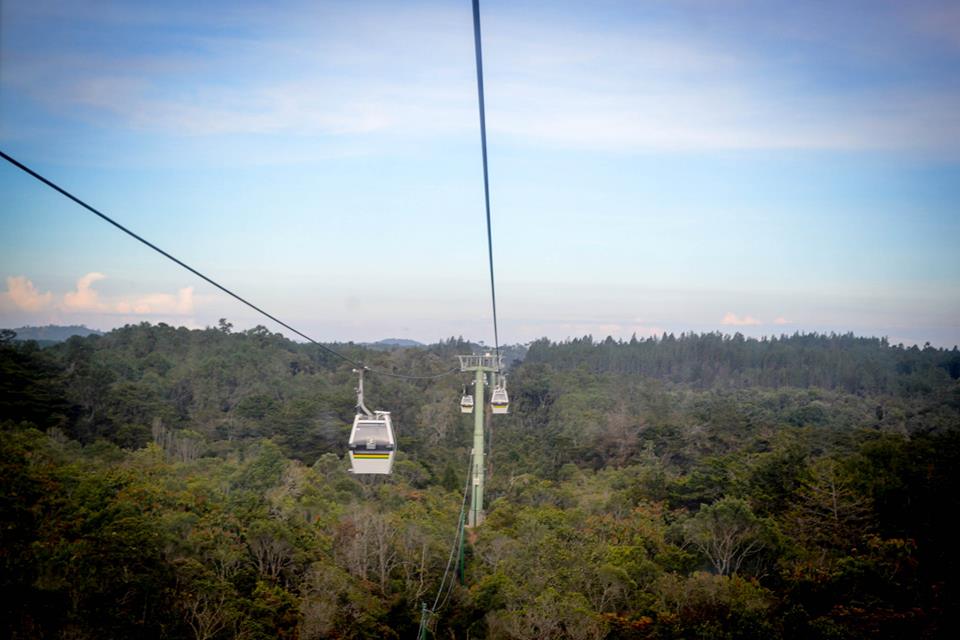 Just as we had started to give up and decide that we were destined to spend the rest of our lives in the metal and glass box, it finally arrived at Arvi Park.

With 54 miles of walking trails and an abundance of wildflowers and butterflies this park is worth exploring if you have the time. We had a quick glance before we had to catch the last cable car of the day back down. 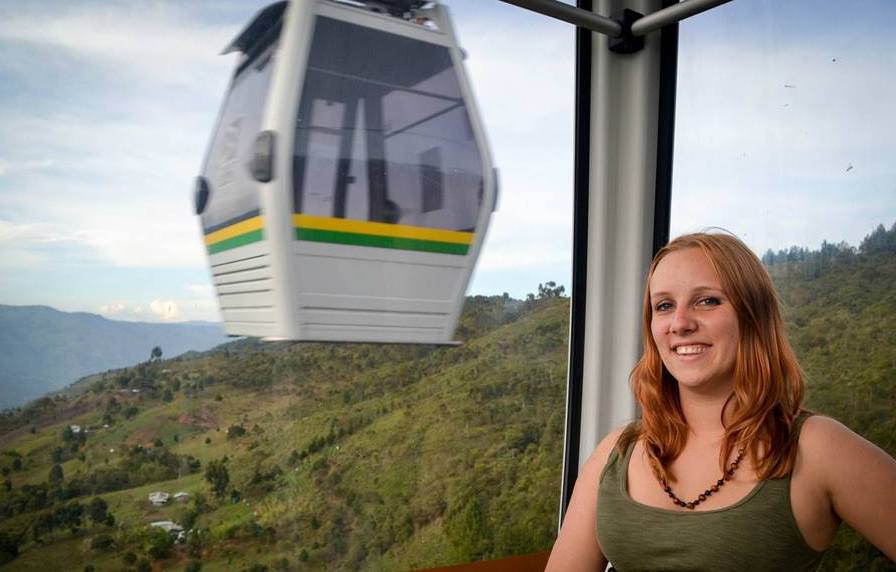 Gliding above the green forests and the mountainside shanty towns was one of my favourite memories from Medellin, so make sure that you take this journey up into the clouds during your visit.

Colombia to Panama: Five Days Sailing in the San Blas Islands
Wake Up and Smell the Coffee Region in Colombia