Justin is an Australian living in London. With only weekends available to travel, he explores European cities on a regular basis between working as an IT consultant during the week. He runs 48 Hour Adventure, a blog that   demonstrates that fulfilling short term travel experiences are possible. He writes articles and guides to motivate and inspire career focused people to explore what’s right on their doorstep in a manageable time frame.

What is 48 Hour Adventure?

48 Hour Adventure is a blog dedicated to career professionals with the travel bug; people that have done some travelling in the past and want to do more, but love their job and are dedicated to their career. They don’t want to take a 6 – 12 month sabbatical and take off to South East Asia, but they do want to know how they can use the weekends to see and do new things a stone’s throw from home.

How did you get the idea for the 48 Hour Adventure Project?

After I arrived in London in late 2009, I straight away started planning weekend trips to European cities for myself between work. I went without friends, as I didn’t have many in London at that time, and just got out there and experienced it alone. After 2-3 trips and each time laboriously pouring over travel guidebooks, I realised nothing existed on the web that addressed a short-break, weekend trip kind of niche. And from that, 48 Hour Adventure was born.

Which  cities do you think are best suited for a short weekend break?

Oh, massive question. It all depends on whether you’ve visited before, what you want to see and where you’re coming from (location wise) really. However I would say Paris is great for a weekend break. It’s very accessible from London (just over 2 hours on Eurostar) and from other European cities and is jam packed with culture, diverse food options and world famous sights that can’t be missed.

My other pick is Berlin. Nowhere comes close to this little chestnut when it comes to nightlife. I went here on a weekend and didn’t get home till 6am both morning. Definitely pack your drinking shoes. The history here is unparalleled also. The chequered mixture of Nazi German and Iron Curtain reigns in the last century will have your weekend chock-a-block with historical facts to consume.

Tell us about yourself and your story?

I live in London but I’m originally from Melbourne, Australia. I’ve been travel blogging for about a year and a half now and have no plans to stop. I work as an IT consultant to pay the bills, but keep up a healthy schedule of solo, weekend travel throughout Europe. I love dance music, Aussie hip hop, coffee, beer and Threadless t-shirts.

What was your inspiration or the event/idea that made you want to travel?

When I left Australia in 2009, I travelled through Singapore and Thailand on the way over. Having not left Australia prior to this, I had no idea what to expect, and the first day was definitely a massive culture shock. However after a week or so staying in hostels and meeting new people from all over the world, I knew I was well and truly hooked. I decided I needed to explore new places, new cultures. Learn about the history, try the local foods and get drunk with other travellers. 😀

What has been your favourite travelling experience/destination?

Oktoberfest in Munich last year was pretty bloody amazing. Three solid days of drinking really good quality beer with good mates, all dressed up in typical Bavarian fare. I recommend it to everyone, it is just so much fun. The band is always playing, the food is hefty and filling and everyone is dancing. The experience was made all the better given that we suffered zero hangovers each day. 😀

What has been your scariest moment while travelling?

Scariest would have been in Marrakech last summer. My two friends and I had gotten a cab from the airport to the Medina and were dropped off as far as the cab could go (the rest of the streets are only wide enough for people and scooters). Straight away, we were pounced upon by local guides offering to take us to where we needed to go. I shouted in an (attempted) assertive tone the name of our hostel and the guide rushed off down an alley way, telling us to keep up. We weaved down narrow passages and under dark archways until we stopped in front of an unassuming large wooden door where lots of stray cats happened to be mingling. He was insistant that this was the place, but when we opened the door we were met by a short Moroccan woman only speaking French, and we couldn’t see inside at all, it was completely dark. We thought we were about to be kidnapped and sold as human traffic or something! Luckily another guy came forth from the darkness brandishing a business card with the name of the hostel I had booked, so we had to take his word for it and gingerly enter inside. Once we crossed through the darkness of the foyer however, we were greeted with an amazing central atrium inside the riad. We were offered tea and told our room was all ready, and it was then I knew I wasn’t going to end up in a ice bath with only one kidney left. 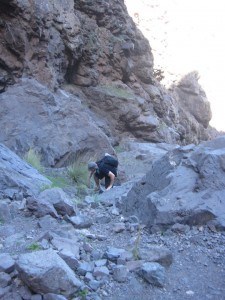 What’s the strangest situation you have found yourself in?

I was returning from a big rave outside Amsterdam one Saturday night and I had a hotel booked in Schipol Airport before my flight back the following morning. I got there and found that all check-in desks were closed, so I couldn’t get a boarding pass. No boarding pass, no through immigration. I had to drunkenly sweet talk the Dutch immigration officer to let me through to airside so I could use the hotel I’d booked into. I then had to come BACK INTO the Netherlands the next morning, check into my flight and get my boarding pass and then leave the Netherlands once again. As a result I have a page in my passport that just have “in, out, in, out” stamps for the Netherlands in the space of two days.

If you could go back in time to before you left home, what would you tell yourself?

I’d go back to 2007/2008 and say “Stop thinking about this whole travel malarky and do it right now, and give up on that girl you were stupidly chasing that was delaying you from leaving”.

What do you miss most when you are away from home?

The coffee and food in Melbourne. We have some of the best coffee in the world and everyone from Melbourne will attest to the city being awash with fantastic cafes that serve a brilliant latte. There’s also an Australian dish called  Chicken Parmagiana, which is a breaded chicken breast fillet topped with ham, napoli sauce and mozarella cheese. Phwoar, love it.

What do you miss the least?

The public transport. It’s terrible in Melbourne. The train network is old and overloaded and the trains don’t come nearly frequently enough. Public transport in Europe is super efficient, I love it.

What have you learned from travelling?

That I can adapt in any situation. Whether it’s losing my luggage, to being completely. I can step up and ask that German guy over there for directions or help to get a train ticket.

Do you plan to stop?

No chance. There’s still so much of Europe to see and I’ve only made a small dent in North America also. Even when I do go back to Australia, I’ll be keen to see more of the country.

Which item could you not live without?

Definitely my iPhone. I always load all my trip itineraries into it, a rough guide of where I want to go and some basic phrases in the local language. Without it, I would be overcome with A4 print outs of useless stuff that would clutter my travel jive. 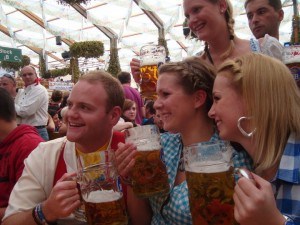 Who inspires you? What other travellers do you look up to?

I love reading frequent travellers reports of airline, lounge and hotel experiences. About what business class was like on Singapore Airlines or what the Lufthansa Senator Lounge was like in Frankfurt airport. I want to one day have status across all the airline carriers and be able swan about the place in first class everywhere, haha.

What advice would you give newbie travellers?

Save the cash you need, make only barebones plans for accommodation (it’s worth booking transport though) and brush up on the main sights of where you’re visiting. Makes the time you spend once you’re there much more efficient.

What are your future travel plans?

I’m going back to Australia in two weeks for a short break to see family, and this will involve a stopover in Dubai which I’m really looking forward to. After that I’ve got some weekend breaks to places like Krakow and Madrid planned, along with Munich for Oktoberfest (again!) and Prague for TBEX Europe. 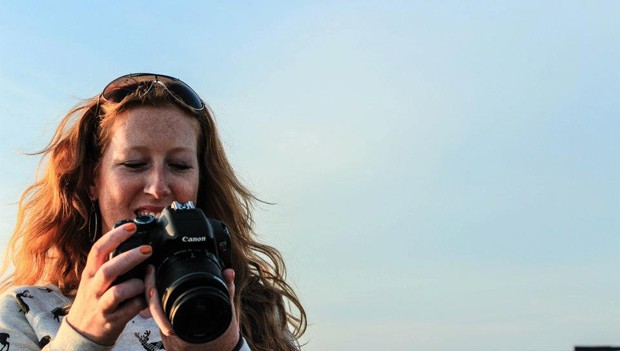 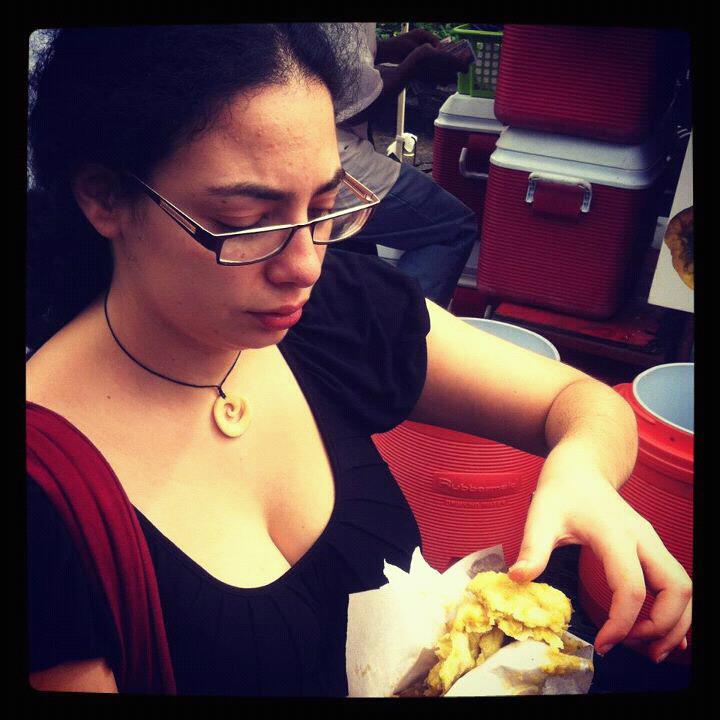 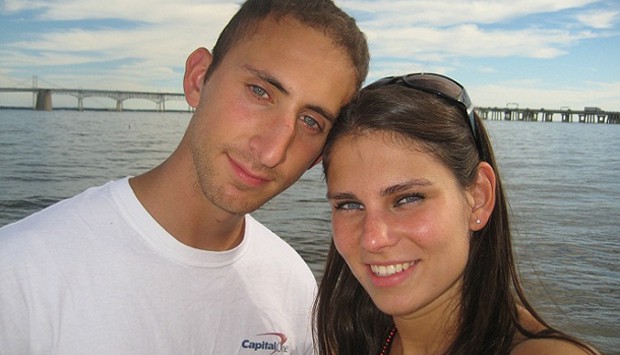 Interview: Dave and Vicky from ACoupleTravelers.com 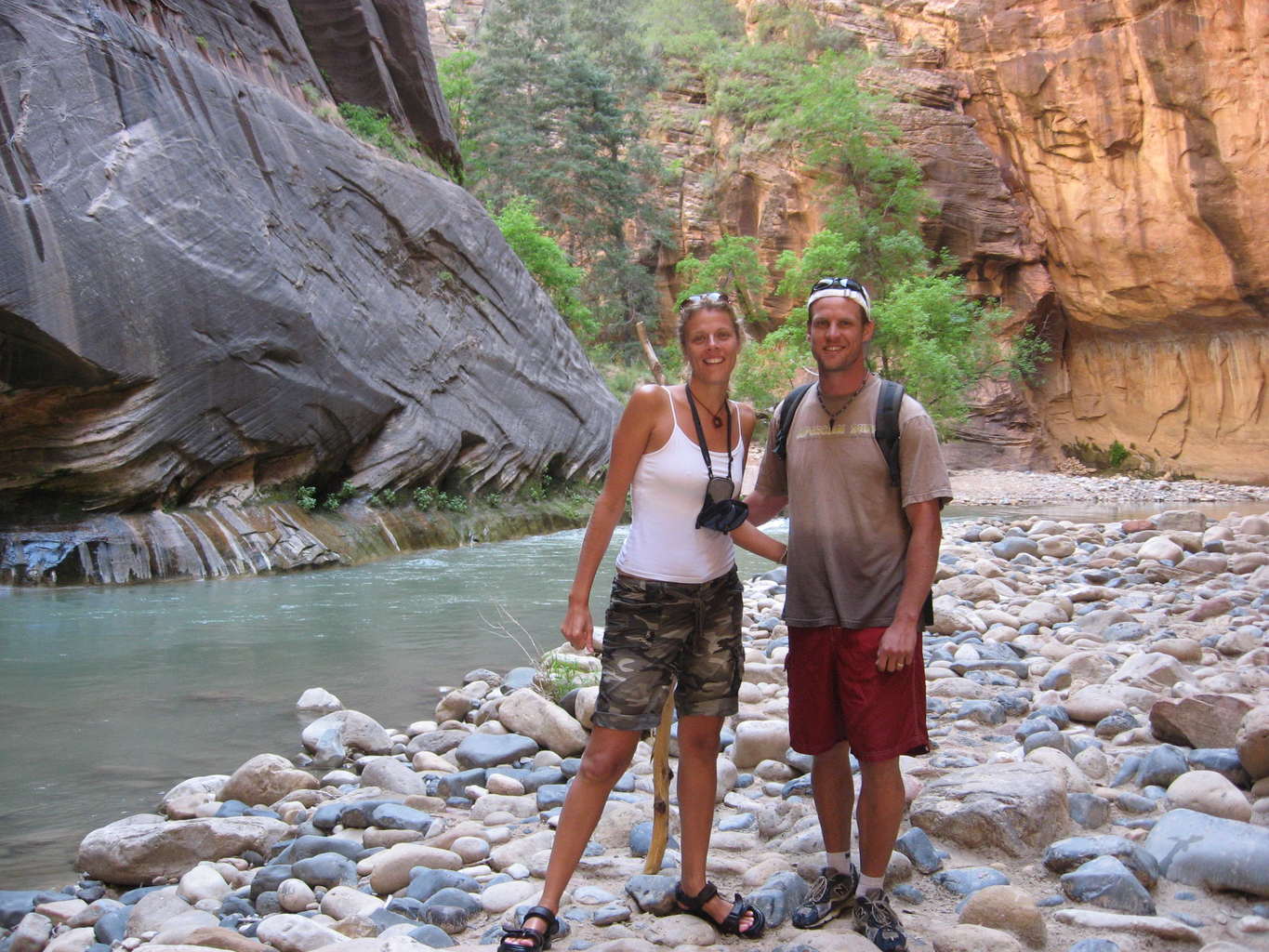