No matter where you go in the world, there is always a chance that you will run into an unscrupulous person who aims to take advantage of you and scam you out of your money.

As I wrote in this post, it’s important to research the common scams in advance so that you are aware of them and can spot them as they are happening. But how do scams work in general? How are dishonest people able to swindle and trick travellers?

Travel scams almost always prey on the weaknesses of human nature, including lust and greed. Or, they can also take advantage of confusion and ignorance. Here are some examples of how travel scams work:

For example, the notorious Gem Scam in Bangkok involves telling tourists that they can buy discounted gems for a great price and sell them again in their home country for much more. Your mind starts calculating how much you could make from re-selling these cheap gems and your greed takes over. However, the gems themselves are not real and are made from cut glass. Don’t let your own greed get you so excited that you forget to look at things sceptically.

Of course, there are some travel scams that rely on attraction and lust as well. Often we are more likely to do something stupid when we are dazzled by a very beautiful person who is flirting with us. For example, a single male traveller is approached by a sexy woman and she invites him for a drink at a nightclub. They have a few drinks together but when the bill arrives it’s astronomically high. He tries to leave, but there are huge bouncers guarding the exits and fake “police officers” standing in the way.

This type of scam can happen anywhere, so be suspicious when you are invited for a drink with someone you just met who seems a little too flirty and eager. If you want to go out, suggest a bar of your choosing instead.

Also, many scammers will try to take advantage of things that you don’t know about your destination. They realise that they can tell clueless tourists anything and there is a good chance that it will be believed. 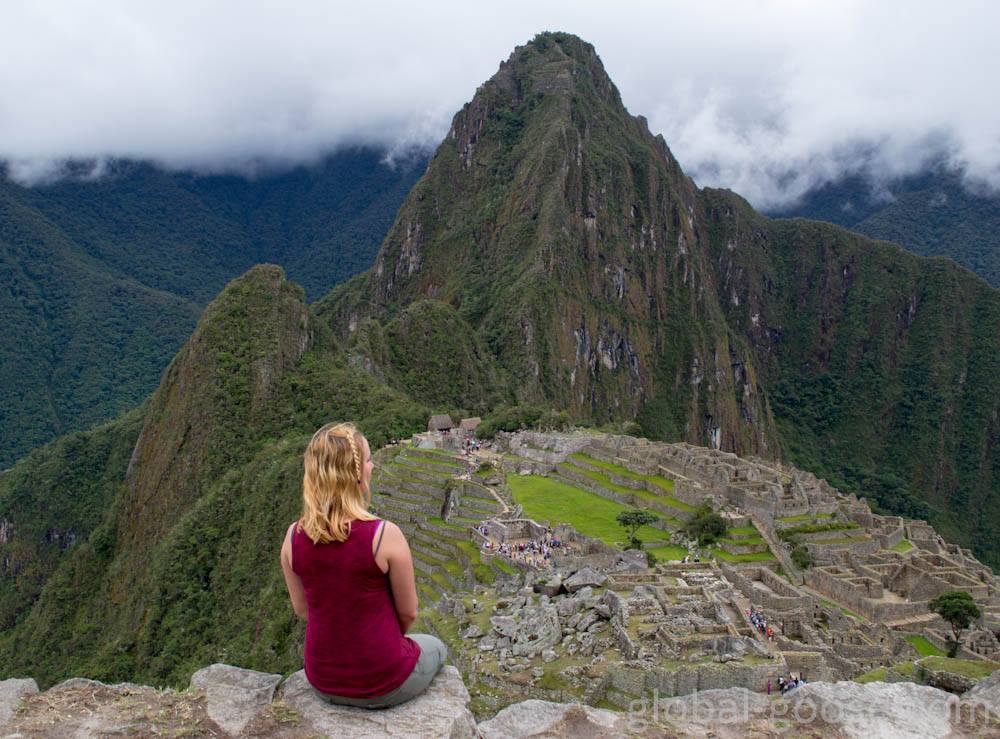 For example, in Aguas Calientes, Peru near the site of Machu Picchu there is a practice of adding 10-20% onto the restaurant bill after your meal. The restaurateur will claim that it is “local tax” that must be paid. If you didn’t know better you might take their word for it. However, we had read on Wikitravel in advance that this practice was a scam and that there was no such tax. When a restaurant owner tried to charge us, we were able to argue and he backed down. If you are dining out in Agues Calientes, make sure that you say “no tax, no service, no nada mas” as you are being led to your table.

The best way to combat scams that prey on ignorance is to do research before you travel and be as informed as possible about your destination. Also, use your gut instinct and if something sounds hard to believe don’t be afraid to question it!

Other travel scams work on guilt. In many countries around the world, such as in South and Central America and in Southeast Asia, you might be eating a meal in a restaurant when a small dishevelled child comes up to your table. Their clothes are dirty, their eyes are sad and they are selling you bracelets or packets of gum or asking for money.

In that situation it’s so hard to say no, because we feel guilty and we want to help this poor child. However, giving the child money in this situation will actually hurt them rather than help them.

In these countries, many adults know that they can use the guilt-factor to make more money from tourists if they have children do their begging for them. These children should be in school, but instead they are forced to walk the streets and made sad eyes at the tourists. The truth is that if you give them money it will go directly to the adult who is exploiting the child. This adult might also be subjecting them to abuse and keeping them away from their families.

Giving money to these children keeps them on the street and means that they will not receive an education –dooming them to continue the cycle of poverty. If you want to help in a better way, here is a list of charities that help impoverished children and families in developing countries.

Sometimes travel scams will exploit your fear by intimidating you, like the Fake Police scam. I have heard of this happening in Thailand mostly but it also happens in other countries around the world. In this situation you will be approached by a police officer who will ask to see your passport. They will find something wrong with your visa or your entry stamp and they will demand that you pay a fine on the spot.

Guilt, Greed, Lust, Fear and Ignorance – these are some of the weaknesses that travel scammers exploit in order to take advantage of travellers. Understanding how travel scams work will help you to be more aware and avoid getting swindled on your travels.

Have you ever been scammed? Tell us your story in the comments below.