When I realised that Lee and I would be travelling in India during the Holi Festival, I was thrilled. It had been a festival I had known about for many years and now I would finally get to experience it first-hand.

Holi takes place in March and it is one of the most important festivals in the Hindu calendar. It represents the triumph of good over evil and the coming of springtime. Holi celebrations happen all over India and involve huge jubilant street parties.

We read that Pushkar is one of the best places to celebrate Holi, so we chilled out in this holy city for a few nights. With a glassy sacred lake in the centre surrounded by gleaming white temples, Pushkar would have been a beautiful destination at any time of the year but during Holi it was a bit more magical than usual. 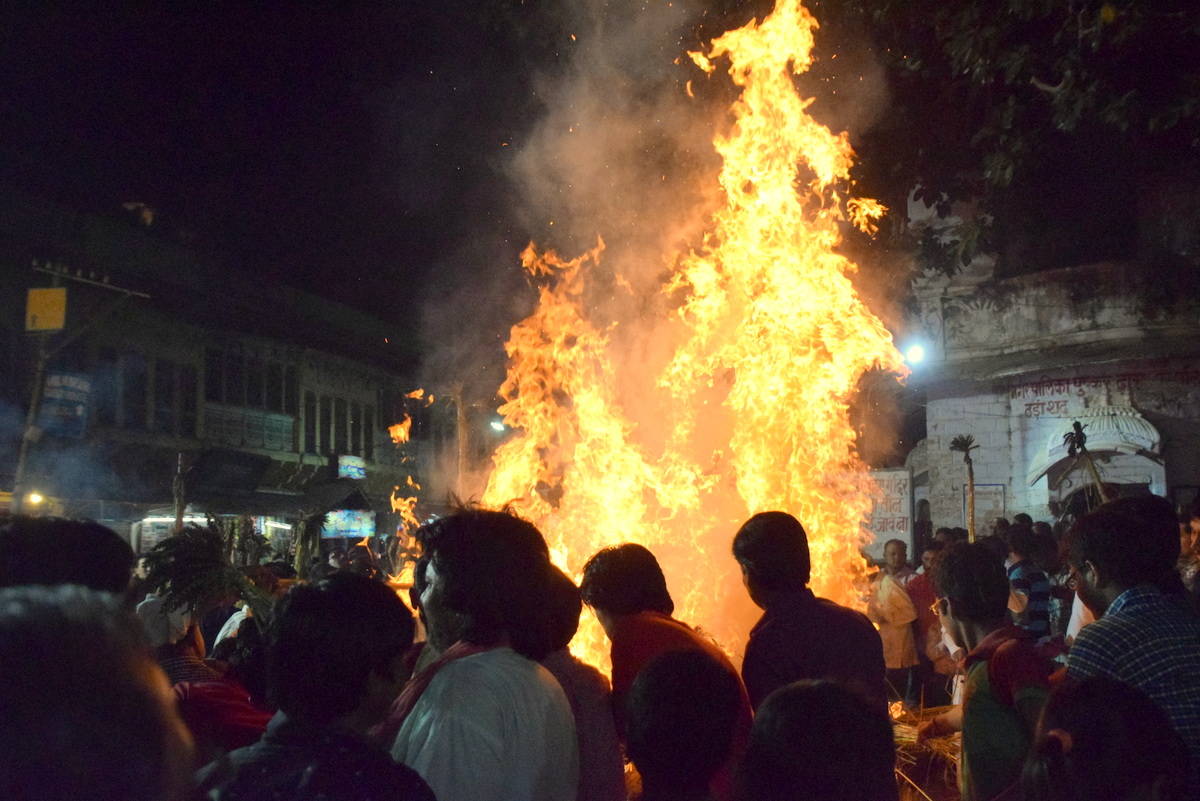 The festivities began the night before with an enormous bonfire. The local men surrounded it and threw wooden garlands and branches onto the pile before setting it alight. The flames quickly grew to more than two stories high. I was watching from the window of a rooftop restaurant on the edge of the square and even from there I could feel the intense heat on my face. As the flames died down, everyone shielded their eyes from the smoke and reached into the fire with metal trays, taking a piece of the smouldering embers for their home hearth.

The best place to watch the Holi bonfire is Mango Hard Rock Cafe, which overlooks the square. Mango the owner is amazing. A slender man with an angular face, a goatee and a huge smile, he treats everyone he meets – even perfect strangers – as if they were his long lost brother or sister. I loved watching him work his way around the restaurant, giving out hugs and handshakes, taking selfies with patrons and throwing his head back with laughter. He treated us like family and we went back to his restaurant almost every night we were in Pushkar.

On the morning after the Holi bonfire, the colours start bright and early. I emerged into the bright sunshine at around 8am and the streets were already buzzing. By 9-10 the party will really get started and it will only get crazier as the day goes on.

Surviving Holi, What I Learned

The experience of attending Holi is a little like travelling India – it’s bewildering, chaotic and frustrating yet beautiful. If you expect things to go a certain way or you hang onto your ego, you’ll hate it. If you let go, laugh at yourself and go with the flow you’ll make an amazing memory.

I learned this when I tried to book bus tickets and get cash from the ATM to pay for our hotel. If you can help it, try not to have anything to accomplish on the day of Holi. It’s hard enough to get things like this done in India, but when you are being pelted with water and coloured powder as you are trying to walk down the street and find a travel agent it’s so frustrating.

Everyone else was in fun party mode and I was trying to get something accomplished. It was so much better when I was done and could just relax and enjoy myself!

Here are some tips that I learned for surviving Holi:

Unfortunately, female travellers need to enjoy Holi with a bit of caution because many young Indian guys will use this experience as an excuse to grope you in inappropriate ways. They will spread the powder on your chest area or pull you in for a hug and start kissing your neck, touching your butt, feeling your breasts, etc.

I didn’t realise this at first and very early on in the day a group of teenage Indian guys swarmed around me as I was walking down the street. One of them spread the powder on my face in the normal way, but then started hugging me, kissing my neck and groping me while saying “I love you baby, so beautiful, I love your boobs.” I shoved him away forcefully, shouted, “No” and quickly walked away, pushing the other guys out of my way.

From that point on, I was wary of interacting with any young men in groups. I would allow them to approach me and put the colours on my face, but I was a lot more cautious not to let them get too close.

I know that this is something that has happened to a lot of women in India, both locals and travellers. It sucks, and it annoyed me that a fun experience was used as an opportunity for guys to be sleazy. I would not discourage any woman from taking part in Holi as I don’t think it is generally unsafe. However, just be cautious about this and aware of the fact that some guys will take the opportunity to push the physical interaction too far.

Aside from that, Holi was amazing. Everyone was in good spirits, the dance party in the central square of Pushkar was insane and seeing everyone covered in the beautiful colours is a feast for the eyes.

We left for Delhi that night on an overnight sleeper bus, my hair still tie-dyed with pink streaks of colour.

For several days afterwards I saw the remnants of Holi colour everywhere – splatters of purple on a staircase, streets stained with green powder, blue smeared dogs sleeping in the sun, shopkeepers handing me change with hands stained bright magenta. Holi might only last for one day, but the memory takes a while to fade.

Have you experienced Holi? Would you like to? Let us know your thoughts in the comments below! 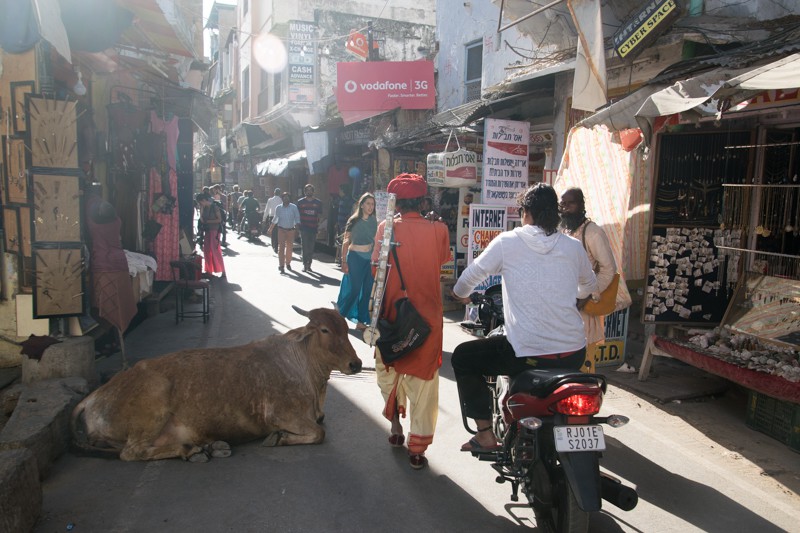 India: A Test of Patience 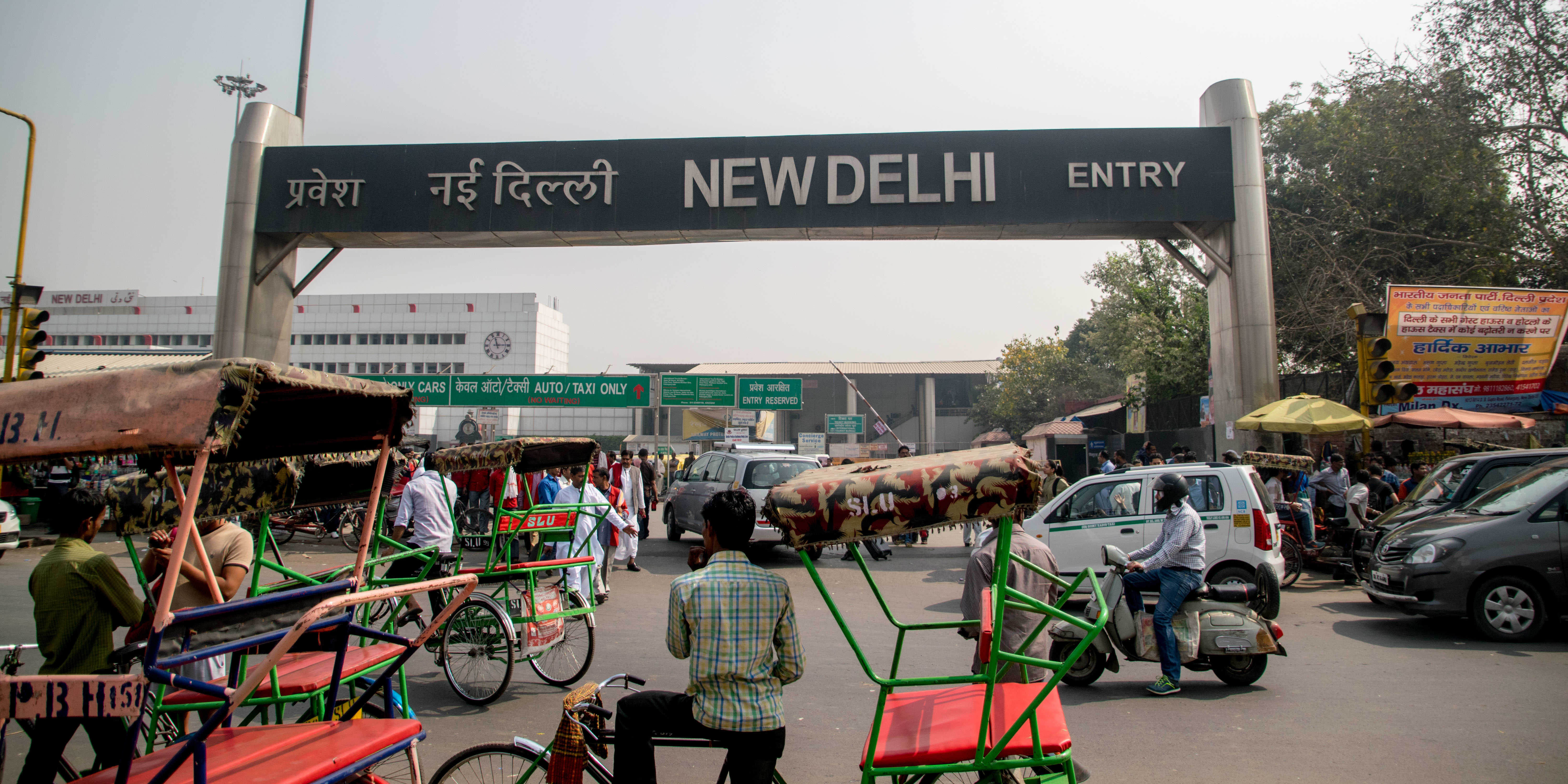 32 Tips For a Safe and Enjoyable Trip to India