For many a good cup of coffee is more than just a drink, it’s a sacred morning ritual. The anticipation as you brew it, the aroma that fills the room. The slosh of the dark liquid into the cup and the radiant heat as you draw the mug toward your face. As you sip your first cup of coffee, your entire body jitters with pleasure and it is hard not to say, “ahhh…” out loud. Perhaps I might be a caffeine junkie, but there are worse addictions that I could have.

During our travels in Colombia we stopped in the hilly green Coffee Triangle, staying in the quiet cowboy town of Salento. 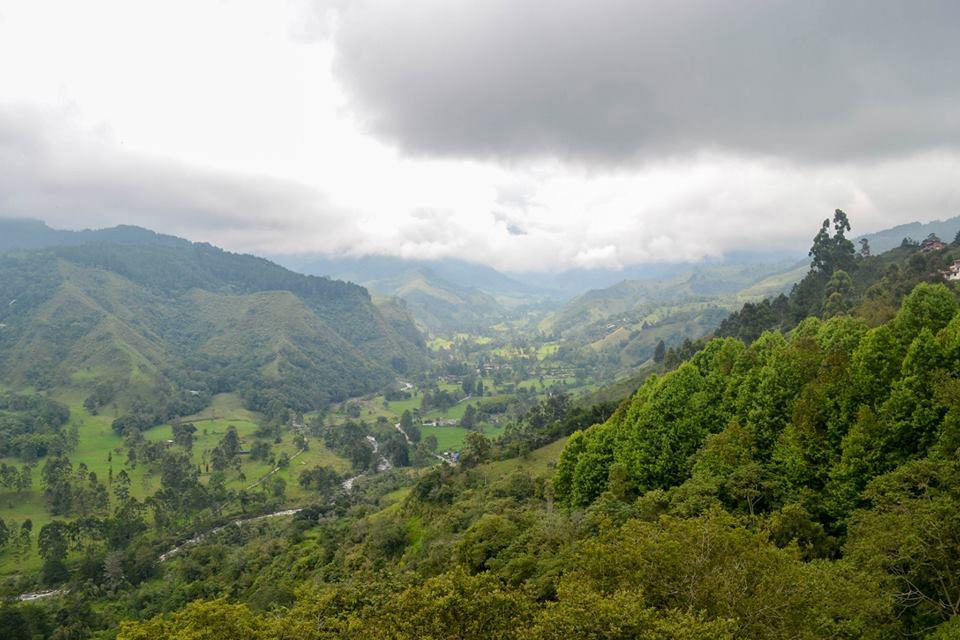 This small village consists of a main square and an assortment of other streets and is surrounded by hills covered in lush farms and coffee plantations. Street carts sell sizzling tortillas and arepas, old men in cowboy hats gather in the pool hall and it’s not unusual to see someone riding a horse through the main square.

I wanted to see how my beloved hot beverage was grown and processed, so I took a tour of a local coffee farm near Salento. Finca Don Eduardo is only 10 minutes away from the city so it is easy to get there on foot. Head to Plantation House Hostel first, which is where the tour leaves from.

The English speaking tours start every morning at 9am and the Spanish speaking tours take place from Monday to Saturday at 3pm. You can watch a video preview of the tour here, which will give you an idea of what the coffee farm was like. The tour takes 3 hours and it costs $20,000 Colombian Pesos (about $8 USD).

We borrowed boots from the hostel to traverse down the muddy and slippery road down to the farm. It is owned by Englishman Tim Harbour and his Colombian wife Cristina, who purchased it in 2008 and have been working since then to renovate and refurbish it.

Tim passionately explained his idea for the future of the business – allowing customers to lease a row of coffee plants on a yearly basis. The customer can choose exactly the type of beans they want grown and specify how they should be grown and roasted, then the farm will send the personalised coffee.

We got to see what the coffee plants looked like and learned all about the different types of coffee, from the strong and highly caffeinated Robusta variety to the subtly-flavoured and richer Arabica variety. Just like climate and soil of a vineyard affect wine, environmental factors have an influence on the taste and quality of a cup of coffee. Tim aka “Don Eduardo” is obviously dedicated to what he does and he takes the time to explain all aspects of the coffee making process in detail.

He showed us the coffee cherries as they appear when they are freshly picked, then we watched them being processed in this enormous machine that separates them from their skins.

The beans were then roasted, ground and brewed.

At the end of the demonstration I got to taste the freshest cup of coffee I have ever had and it was rich, flavourful and absolutely intoxicating. 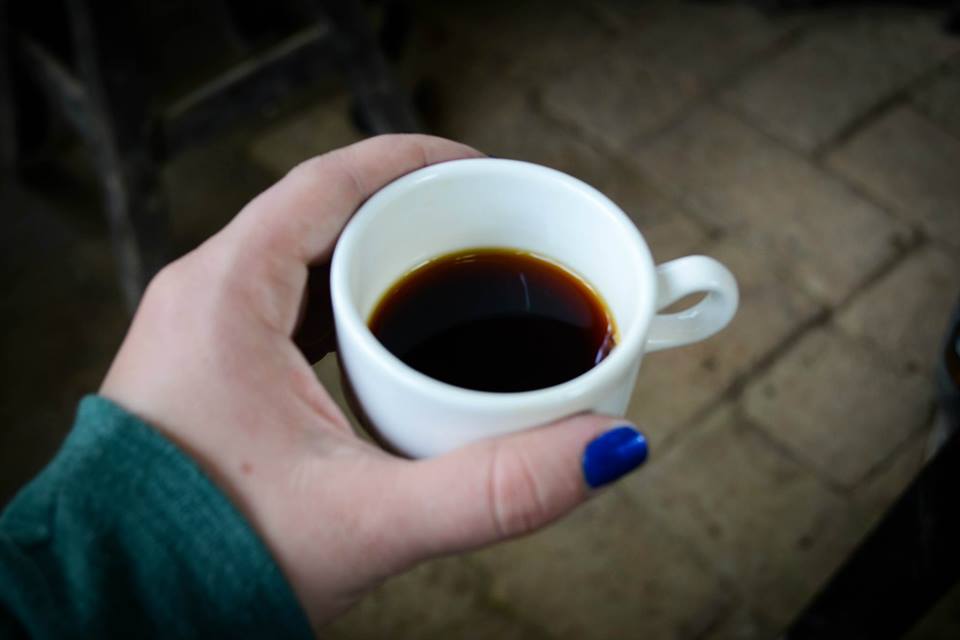 This cup of coffee was certainly more than just a caffeine boost – it was a taste of Colombian culture.

Are you a coffee lover? Have you ever been to a coffee farm? Tell us about it in the comments.