“He’s been down there 12 minutes, he’s bound to come up any time now,” said Raja as he looked at his watch. I peered at the endless ocean on the horizon, looking for a large disturbance in the water or a plume of mist. The hot sunshine glinted off the water and the boat gently rocked from side to side.

Lee and I were standing on the top deck of a whale watching boat adrift in the Indian Ocean off the coast of Sri Lanka. We had sailed out for the day with a small group on a trip with Raja and the Whales, a local tour company.

Our leader, Raja had spotted a blue whale and was tracking its position on the sonar. He knew that the whale would only dive for around 12-15 minutes and would need to come up for air soon, giving us a chance to see it. I trusted what he said, as he has spent his entire life swimming, fishing, fishing and sailing in these waters and knows them better than you know your own backyard. 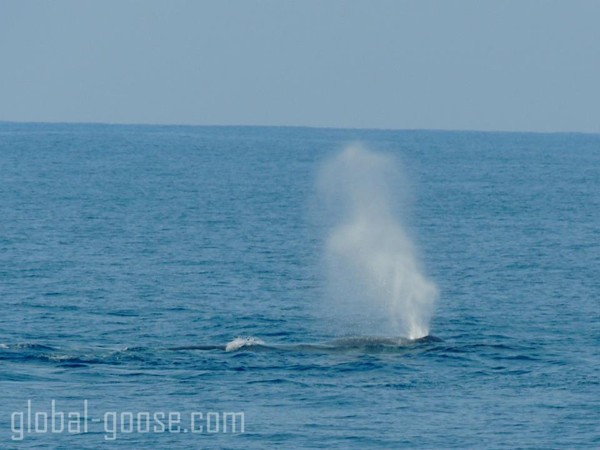 Suddenly Raja pointed toward the front of the boat. “There, Look!” An enormous dark blue shape appeared, breaking the surface of the water. Everyone on the boat oohed and awed and grabbed their cameras. It was the first time I had ever seen a blue whale in the wild and it was an experience that I will never forget.

For a while it was the perfect moment, until some of the other whale watching boats stepped on the gas and started to speed toward the whale to get a closer look. They began to surround it on all sides and they chased the gigantic beast for a while before it dove back down under the surface again. I could see the frustration on Raja’s face.

There are a number of regulations that whale watching boats are supposed to follow when viewing blue whales, so that visitors can observe these beautiful creatures in their natural habitat without disturbing them or causing them stress.

However, more often than not many of the whale watching tour boats will go too close to the whales just so that their passengers can get a better photograph or a closer look. Raja explained to me that he is in a constant battle with the other tour guides, many of which are his cousins and friends. He tells them that what they are doing is not good for the animals, but he also doesn’t want to cause conflict. It was obvious that he is dedicated to caring for these creatures, which is why his tour company has the best reviews among all whale watching experiences in Mirissa.

It was truly amazing being out there on the ocean for the day. The sun was shining, and the waves were calm. We watched the blue whale dive and surface several times and the hours went by quickly. Just when I thought that the adventure couldn’t be more amazing, Raja asked if we wanted to see some dolphins.

One of the other passengers on the boat, an American guy, said “no way, you can see dolphins every day! Let’s watch the whale some more.”

I thought to myself, “I don’t know where you live, buddy, but seeing dolphins in the wild sure isn’t an everyday experience for me!”

Needless to say, the American was outvoted and we headed to an area where Raja knew there would be dolphins. We sailed in peaceful silence for a while and the gentle rocking motion of the ocean almost put me to sleep, until everyone started excitedly gathering at one side of the boat. I ran over and saw a school of dolphins swimming alongside us. 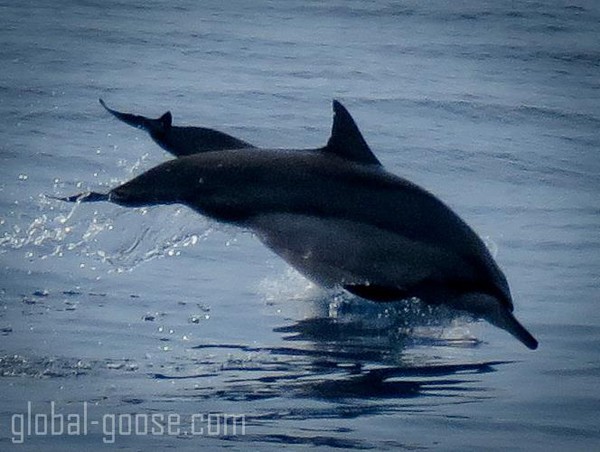 There were at least 10 or so and they were leaping as they swam along, their bodies flying completely out of the water. Their dark and sleek shapes moved so quickly that within a few seconds they had passed our boat. My mouth was open in awe as they swam past. It was a moment that I will never forget.

About Whale Watching in Sri Lanka

We jumped at the chance to go whale watching while we were in Sri Lanka, as it only cost around $60 per person for a half day compared to more than $100 per person for a few hours in somewhere like Canada. Raja and the Whales can be found just across the road from the Mirissa Harbour and the trips depart daily from November to April and on request from May to October.

The trip takes around 4-5 hours and a light breakfast and refreshments are served on board. All international whale watching regulations are adhered to.

Have you ever been whale watching? Would you like to go? Share your whale stories with us in the comments. 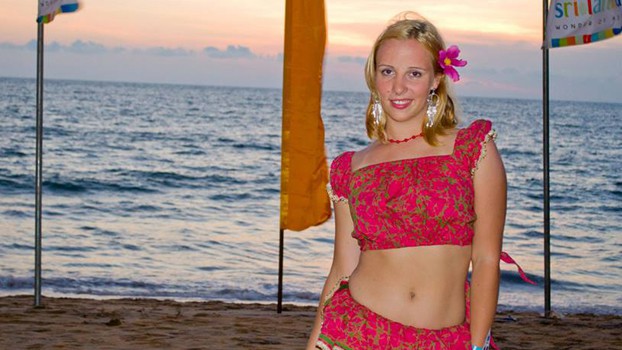 How I Became a Sri Lankan Beauty Queen