The first night we arrived in Dublin we went straight to the pub. After all, when in Rome…

We ordered a pint of Pale Ale in The Ferryman, a pub on the banks of the River Liffey, and toasted our arrival. We weren’t in there very long before a grinning bearded guy approached our table to chat and offer to buy us a pint.

Now, granted he is a beer rep for McGargles so it is his job to be gregarious and to offer strangers free beer. However, it seemed to come pretty naturally to him, like working the room with a big smile would be what he was doing even on a night when he wasn’t getting paid for it.

Well, to make a long story short we didn’t pay for another beer for the rest of the night and by 1am we were sitting around a table with him and his Irish beer rep mates listening to them recite poetry, sing songs and muse on the meaning of life. (Did I mention that McGargles is 7%? We were all tanked.)

In the warm glow of this new drunken friendship with a bunch of 20 something Irish lads we would probably never see again, Lee asked for some recommendations for our time in Dublin. We woke up the next morning with a brutal hangover and plenty of places starred on Google maps but no recollection of what they were and why they were recommended. So of course, we set out to discover them!

Go Back in Time at Vintage Cocktail Club

The beauty of not remembering the conversation that led to the recommendation meant that this little gem was a total surprise for us.

It doesn’t look like much from the outside, just a plain black door with the letters “VCC” and a doorbell. We rang the doorbell and were greeted by a gorgeous blonde in deep red lipstick and a little black dress. “Do you have a reservation?” she asked.

We were led up a dark stairway and onto a roof terrace, where we somehow stepped through a time portal into the 1930s. All of the servers were impeccably dressed – the guys in suspenders and bow ties and the ladies in classy chic dresses. The decor was elegant and luxurious and the atmosphere felt like a swanky speakeasy.

The menu at the Vintage Cocktail Club is as thick as a novel and the recipes are organized by time period, dating back as far as the 1400s. The cocktails are expensive so we only had one each – I had a pisco sour with passion fruit and Lee had a whiskey cocktail with orange juice, hazelnut and a Guinness reduction. They were damn good.

Another drunken recommendation was Bison Bar, a pub that serves up a menu that wouldn’t be out of place in the Southern USA – pulled pork, barbequed ribs, burnt end beans, thick cut fries, roasted chicken and more. I’m not ashamed to admit that we ate here twice while we were in Ireland, it was just that good.

We met up at Bison Bar with our friend Órfhlaith (pronounced or-lah), an Irish girl we had met in Cartagena, Colombia and kept in touch with. She showed us a few of her insider recommendations – such as the mouthwatering WOWBurger located on the top floor of Bison Bar and the excellent live music at Whelans.

(It’s a relief we were only in Ireland for 10 days in total. The nightlife and food is so good that if we were there for longer we would have ended up morbidly obese with liver failure.) 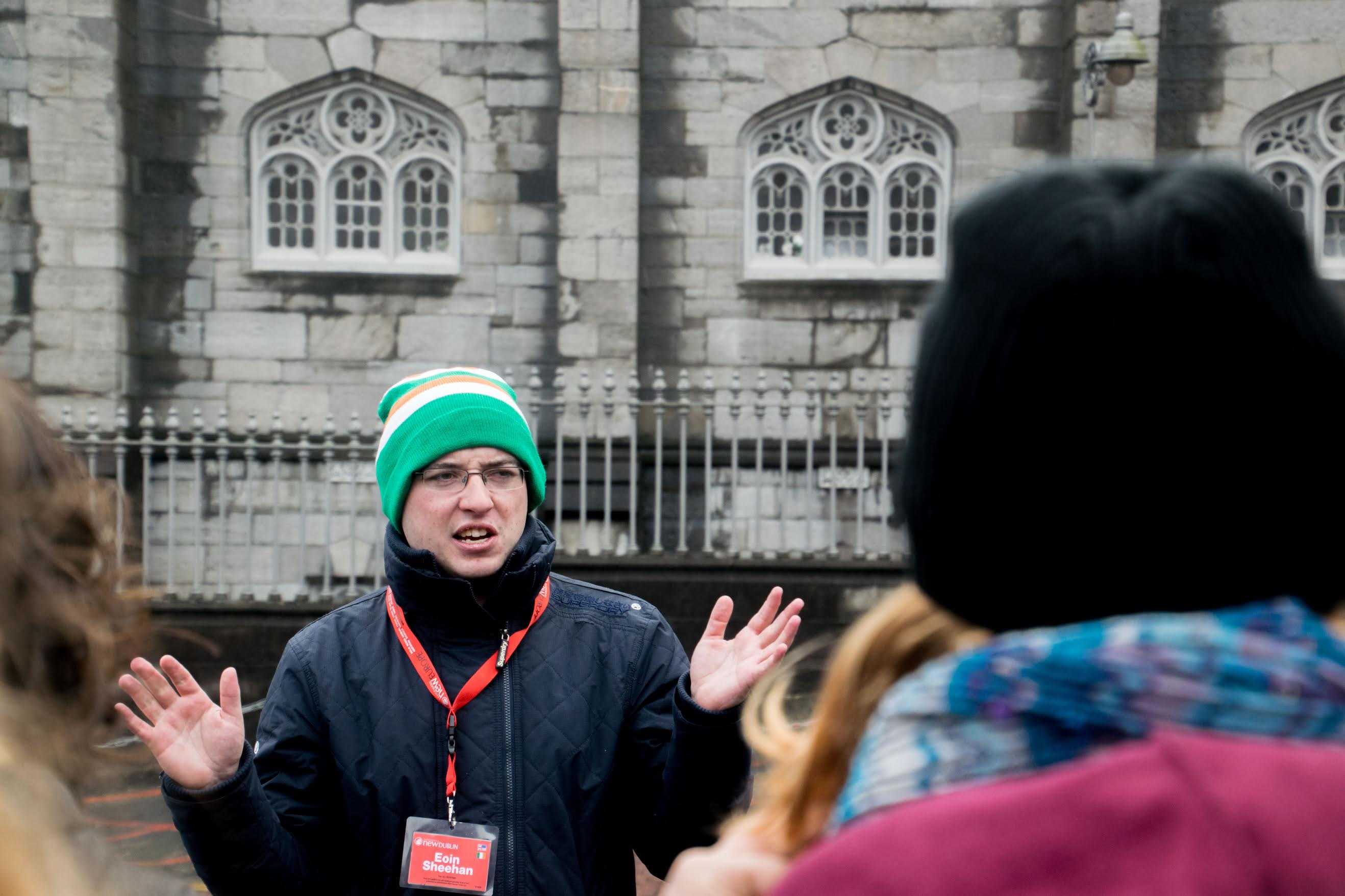 This wasn’t one of the drunken recommendations, but it was a great break to get some fresh air and exercise after all of the drinking and eating amazing food. I knew about Sandemans because I have been on their tours in many other European cities such as Paris, Edinburgh, Amsterdam and Berlin.

If you are ever in a city with a Sandemans tour I highly suggest checking it out as a way to see the highlights of the city and learn a bit about the history. The tours are “free” but you are encouraged to give the guide a tip at the end and our guide totally earned it – he was entertaining and really knowledgeable about Dublin.

We also went on the Sandeman’s pub crawl, which was a pretty good deal and a great way to get chatting to different travelers.

Check out The Book of Kells

If you are at all geeky about medieval history or books, go see the book of Kells – a preserved manuscript from the 9th century. Be warned, the manuscript itself is a little bit underwhelming – it’s amazing and old and beautiful but it is simply a big, beautiful book. However – the “long room” of Trinity College Library that it is located in is absolutely stunning.

This was a recommendation from Órfhlaith, who is a passionate hurling fan. This is a Gaelic Athletic Association stadium that is used for the Ireland finals in football and hurling, so if you are interesting in sporting in Ireland you should check it out.

What the hell is hurling you ask? Probably the craziest, fastest and most intense sport you will ever watch. Just check out this video.

There is a museum there with some information about Irish sporting history and some interactive games. We had a lot of fun throwing balls, running on the spot and trying to beat the physical challenges. 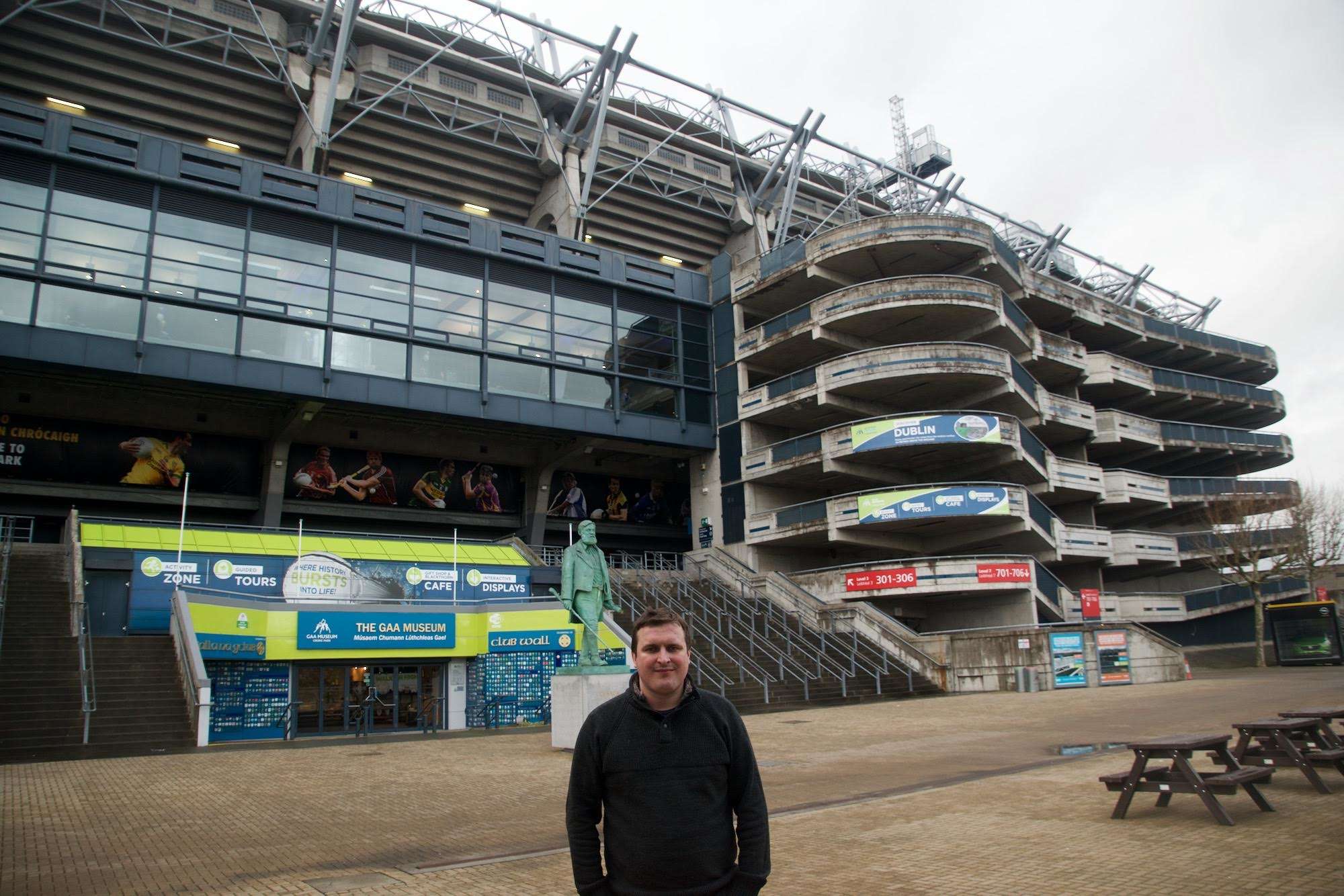 We didn’t go to the Guinness Brewery, although that is one of the most popular things to do in Dublin. We had nothing against it, we’ve just been to a brewery before in New Zealand and we thought it would be pretty similar. Plus, Lee isn’t the biggest fan of Guinness.

However, I loved it! I never knew I liked it before I tasted it in Ireland, but it tastes totally different in it’s native land. It’s so much smoother and creamier. It was pretty much my go-to drink all throughout the trip.

After a few days of drunken hedonism in Ireland it was time to go to Kilkenny and Galway for… well… more drunken hedonism! Our friends from that first night at The Ferryman had placed some Google Map stars in those cities as well, so we had to go check them out – our Ireland trip was only beginning.

Have you been to Dublin? Do you have any other favourites places to add? Let us know in the comments.